R.G. Barry Corporation, the parent of Dearfoams, signed a merger agreement pursuant to which Mill Road Capital, a private equity firm, will acquire all of the outstanding shares of R.G. Barry for $19.00 per share in cash, reflecting an equity value of approximately $215 million.

The merger will result in R.G. Barry becoming a wholly-owned subsidiary of a newly-formed corporation controlled by Mill Road. Besides the Dearfoam's slipper brand, the company owns Baggallini
handbags, totes and travel accessories,  and Foot Petals
premium insoles and comfort products.

The R.G. Barry board of directors unanimously approved the merger agreement and the merger, consummation of which is subject to customary closing conditions, including adoption of the merger agreement by R.G. Barry's shareholders and the expiration of the waiting period or other approval under the Hart-Scott-Rodino Antitrust Improvements Act.  Concurrently with entering into the merger agreement, Mill Road also entered into a voting agreement to vote its 9.8 percent stake in R.G. Barry in favor of the transaction.  The merger is expected to close during the third calendar quarter of 2014, barring unforeseen circumstances and assuming that no other bidders present themselves.

“After careful consideration, the board of directors believes the merger serves the best interests of R.G. Barry and its shareholders,” said Lead Director David Lauer.

Greg Tunney, R.G. Barry chief executive officer and president, added, “Mill Road has a clear understanding of our vision for the business. As a privately-held company, we expect to continue to invest in the long-term growth and acquisition strategies that we believe will propel RG Barry Brands into a true leader in the accessories marketplace. We look forward to this partnership.”

Scott Scharfman, Managing Director of Mill Road added, “We have been a shareholder of R.G. Barry for many years and are pleased to increase our existing 9.8 percent stake in this great company.  We have great confidence in the outstanding senior management team led by Greg Tunney and believe in their ability to successfully implement the long term strategic plan.”

The merger agreement permits R.G. Barry to solicit alternative acquisition proposals from third parties through May 31, 2014, and R.G. Barry intends to do so under the direction of the Board and with the assistance of its financial advisor.

On a consolidated quarterly basis, the Company reported:

For the nine months, the Company's consolidated results included:

Quarterly gross profit as a percentage of net sales in the Footwear segment decreased by 60 basis points (bps) to 39.4 percent; and remained relatively flat on a year-over-year dollar basis at $6.5 million. Third quarter operating profit decreased $0.3 million, reflecting fluctuations in a broad range of expenses.

For the nine months, Footwear segment gross profit as a percentage of net sales rose 60 bps to 41.0 percent, although gross profit dollars decreased 4.7 percent to $36.3 million versus one year ago.  Nine-month operating profit in the segment decreased by $0.7 million to $21.7 million.

The Company's balance sheet as of March 29 reflected:

Greg Tunney, R.G. Barry President and Chief Executive Officer, commented, “The greatest test our business faces continues to be identifying and retaining profitable top-line growth in existing segments while adding new, category-appropriate drivers in other parts of the accessories universe. We remain committed to investing for the long-term in the people, platforms and strategies that will make that growth possible at a faster and more sustainable rate than we currently are achieving.

“In view of today's announcement regarding the signing of a definitive merger agreement with Mill Road Capital, we will not be holding a conference call/webcast related to today's earnings announcement,” he added. 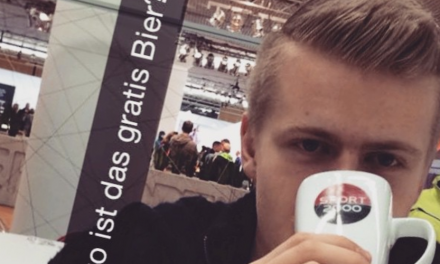