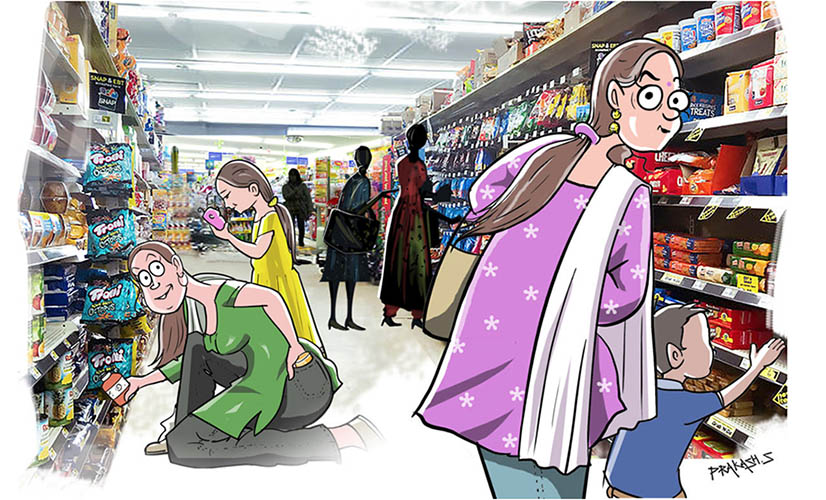 Theft, fraud and losses from other retail “shrink” totaled $61.7 billion in 2019, up from $50.6 billion the year prior as industry security executives reported increases in the number of shoplifting, organized retail crime and employee theft incidents, according to the annual National Retail Security Survey released by the National Retail Federation.

“Between an increase in incidents and new ways to steal, shrink is at an all-time high,” NRF Vice President for Research Development and Industry Analysis Mark Mathews said. “Loss prevention experts are facing unprecedented challenges from individual shoplifters to organized gangs to highly skilled cybercriminals. Retailers are responding with both traditional methods and the latest technology, but this is an ongoing challenge that can only be won with the support of lawmakers and law enforcement.”

According to the report, shrink averaged 1.62 percent of sales during 2019, up from 1.38 percent in 2018, after hovering around 1.4 percent over the past few years. The number of cases was up with an average of 560 employee theft apprehensions per retailer surveyed (up from 323 last year) and 689 shoplifting/ORC apprehensions (up from 509).

Rising incidents of theft have coincided with a period when states have amended laws to increase the dollar threshold that constitutes a felony which is more likely to be prosecuted than a misdemeanor. Members of ORC gangs often make multiple small thefts staying below the felony threshold to avoid prosecution, therefore NRF has called for repeat offenses to be aggregated and counted toward felony thresholds to reflect the serious nature of organized theft. Shoplifting/organized theft and employee theft together typically account for about two-thirds of shrink each year.

While 49 percent of those surveyed said the largest increase in fraud occurred in stores, 26 percent said it happened online and 19 percent citing multichannel sales including those where the purchase is made online but the merchandise is picked up in-store. Typical fraud incidents range from the use of stolen credit cards or card numbers and gift card scams to the return of stolen merchandise for refunds.

Of challenges that have grown in priority for LP teams over the past five years, 61 percent cited ORC, 59 percent e-commerce and cybercrimes, 58 percent internal theft, and 54 percent return fraud. To fight losses, retailers reported increased use of technology such as point-of-sale analytics, security cameras, wired alarms on high-value merchandise, and online training for employees among other steps. Additional technology resources are being allocated, according to 52 percent of those surveyed, while 36 percent said loss prevention budgets are increasing and 30 percent are adding LP staff.

The survey of 69 LP and asset protection executives from a variety of retail sectors was conducted between February 24 through April 21.

The study was sponsored by Appriss Retail.