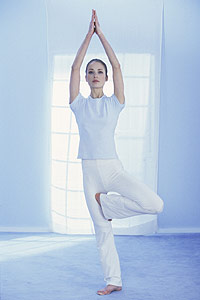 In sharp contrast to their male counterparts, sports apparel is purchased more often by women than either footwear or equipment and the younger the female consumer, the more frequently she will purchase sports apparel.  Women with children are also more likely to purchase sports apparel more often than women without children, which presents an opportunity for the sporting goods market to address the needs of the female consumer as she shops for and with her family.  Those insights were gleaned from the just released What Women Want study produced by The SportsOneSource Group.

“There is clear evidence that women present a terrific opportunity for sporting goods stores and athletic specialty retailers that rely on teen sales,” said James Hartford, chief market analyst for The SportsOneSource Group.  “There is a correlation between frequency of visits to stores for children’s purchases and the purchase of apparel.”
The What Women Want study, which polled 3,680 women about sporting goods and athletic footwear and apparel shopping habits and brand preferences, shows that women of all ages with children at home under the age of 18 are far more likely to purchase sports apparel more frequently than women without children, a clear indication she is making the family’s purchase decisions.  While 54.5% of women with children under the age of 18 living at home purchased sports apparel at least one every six months, only 44.9% of the women without children.  Women with children were 50% more likely to purchase sports apparel once a month compared to the women without children.

While women with children were also more likely to purchase athletic footwear and sporting goods equipment more frequently than women without children, they do indicate a higher frequency of apparel purchases than either footwear or equipment.  Women were more than twice as likely to purchase sports apparel once a month versus athletic footwear or sporting goods equipment.  Over 52% of the women respondents over the age of 18 said they purchased apparel at least once every six months, while 47% indicated that frequency level for footwear and only 23% purchased equipment at least once every six months.