A report released by The Outdoor Resources Review Group recommended allocating at least $3.2 billion annually – up from current funding of about $255 million – to conserve and protect the nation's outdoor heritage, including parks, wildlife refuges and open space. The report, entitled “Great Outdoors America,” also includes recommendations for recreational trends, identification of policy failures, and a description of technological changes that have affected the U.S. outdoor resources.

“In the near term, funding at this level is admittedly a difficult request,” the group said in a report released Monday. “Without additional funding, however, there is little chance” to adequately protect the nation's lands and waterways.

The report by the bipartisan panel, made up of elected officials and conservationists, also calls for creation of a nationwide system of “blueways” and water trails to improve water-related recreation opportunities. The water trails would be established through public-private partnerships among federal, state and local agencies, local groups and private landowners.

The time is past due for a serious look at how to safeguard outdoor resources, the senators wrote in a foreword to the report. “Today, with a new president and a new administration, we have the opportunity to put our conservation efforts on solid footing for generations to follow,” the report said.

Alexander and Bingaman presented the report to Interior Secretary Ken Salazar at a Capitol news conference. Salazar emphasized that action to conserve Americas landscapes is necessary now because of the troubled economy, wars, and health care issues Americans face today.

“It is in the most difficult times of our country that we look to the landscapes to refuel the spirit and the greatness of our country,” Salazar explained.

Salazar provided three reasons why conservations efforts should be a top priority including job creation, health benefits, and response to climate change.

The 17-member task force was organized by Henry Diamond, an environmental lawyer and former commissioner of the New York Department of Environmental Conservation; Patrick Noonan, chairman emeritus of The Conservation Fund; and Gilbert Grosvenor, chairman of the board of the National Geographic Society.

Noonan outlined a number of recommendations from the report including better coordination with the Department of the Interior and new tax incentives for non-profit and private conservation groups.

“We recommend a nationwide system of blueways and water trails to mobilize communities and organizations to improve water quality close to home,” said Noonan.

“Much has changed since [the previous reports]: demographics are different, there are more of uslarger minority participation, different roles of women, urbanizationcities have grown to 80% of our population,” said Diamond. “Federal government plays a substantial role and spends a lot of money but it is rather disorganized in this field.  There are many agenciesthat we think needs changing.  We think the land and water fund has a history of being starved.”

Gregory Heads Into 2015 with New Designer and DC 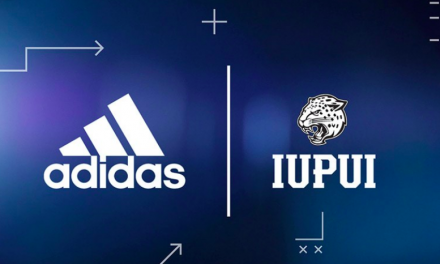