Under Armour is exploring opening a West Coast design
center, with Portland and Los Angeles among possible locations, according to a
report in the Portland Business Journal.

The business magazine, citing e-mail exchanges it received, said officials in Portland, which
employs about 100,000 activewear employees at firms such as Nike, Adidas and
Columbia Sportswear, are looking to recruit Under Armour in hopes that firm may
want to tap the local talent base.

But the article also indicated that Under Armour does not appear to be aggressively pursuing the effort. UA's top
executives rejected an offer to meet with Portland Mayor Sam Adams to discuss a
possible Portland design center. The report
also said Under Armour gave a “lukewarm reception” when Greenlight Greater
Portland, the area's private economic development group, sent two executives to
Under Armour's headquarters in Baltimore. The report also noted that e-mail messages said an Under Armour executive visited Los
Angeles in July to explore its options there.

Brad Dickerson, Under
Armour's chief financial officer, downplayed the notion of
any large presence outside of Baltimore. Dickerson pointed to Under Armour's recently unveiled 140,000-square-foot Tide
Point building as example of the company's commitment to growing locally.
Around 300 Under Armour employees will occupy the space by the end of January.
In total, there is room for 450 workers.

“Anything else we do would be on a very small scale,” Dickerson added.

He did acknowledge that the the company is constantly scouring for
real estate opportunities and pockets of the country where top talent may be
located.

“We're always looking for things,” said Dickerson, downplaying the notion of
any large presence outside of Baltimore. “It doesn't mean we're always
serious.” 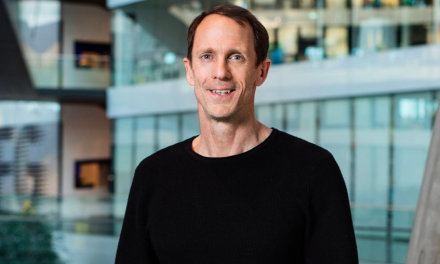 Nike To Re-Up With Oregon