Report: Nike To Replace Under Armour In MLB Deal 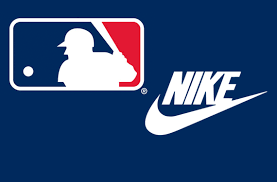 Nike Inc. is close to striking a deal to continue as Major League Baseball’s on-field apparel suppler in the 2020 season, according to a report from SportsBusiness Daily. Under Armour was expected to assume on-field rights from Nike in 2020.

A source told SportsBusiness Daily that the cost of the deal wasn’t feasible given that Under Armour’s growth has significantly slowed since the MLB deal was signed in 2016. Fanatics will continue to gain fan merchandise rights that were part of the original Under Armour deal.

Another source told Sports Business Daily the MLB-Nike deal is 80 percent done, with with details likely arriving at the MLB All-Star Game in July.

Nike, Under Armour and Fanatics have not responded to the report.

Beats Partners With The NBA