The Company reported that its total worldwide backlog of open customer orders scheduled for delivery from January 2003 through June 2003 for the Reebok Brand increased 11% from the prior year’s comparable amount.

Paul Fireman, the Company’s Chairman and Chief Executive Officer said, “I am pleased to report that during this past year we were able to exceed the financial objectives we established for the Company at the beginning of 2002. Our net income increased 28% before the cumulative effect of the accounting change, exceeding our previously stated goal of 15%. This was accomplished in what certainly could be described as a challenging retail environment in many of our key geographic markets. During the year, we introduced many new exciting products that caught our retailers attention and satisfied the needs of our consumers in distinctive and relevant ways. And, we supported many of these product introductions with new innovative marketing programs, particularly in our Reebok Brand. During the year we also achieved our goal of improving the performance of the Reebok Brand in the critical U.S. market, especially in the key athletic specialty channel where we gained market share throughout 2002. And our Reebok Brand media spend increased by 38% for the full year to support our product and marketing initiatives. We did all this while still maintaining our overall marketing and advertising spend at approximately the same percentage of revenue as in the prior year.”

“During the year we successfully launched our new Rbk product in the U.S. market. And, to support this product launch, we created our “Sounds and Rhythm of Sport” marketing platform which fuses sports with music and entertainment. Rbk product and marketing is helping to fuel our growth in the U.S. market. Our new “Above The Rim” products which we introduced during the third quarter of 2002 is a collection of some of our most cutting-edge basketball products. Retailers tell us that our Above The Rim product launch was very successful, with strong sell-throughs at virtually every account. Given the success we have had with Rbk products in the U.S., we intend to roll this category out to our international markets during 2003. Also in 2003, we intend to expand our Rbk products and marketing to reach a broader consumer base with additional price points and distribution,” Fireman continued.

“In addition to Rbk, during 2003 we plan on introducing new product and marketing initiatives that will leverage our on field authenticity. We will reinforce this on field performance credibility by enhancing the prominence of the Reebok vector logo on our new 2003 performance products. We believe this branding creates a real and significant point of difference for Reebok’s performance products and helps us to further strengthen our business in substantially all the channels of distribution we serve. We believe that consumers will want to own product featuring the logo that has become such a visible symbol of sports authenticity on the field. We plan to aggressively market our performance products utilizing many of our world class athletes in a new and compelling integrated marketing campaign. This campaign, which will include print and television ads as well as a strong retail presence program, will creatively illustrate our strong performance position around the world.”

“Our long-term and unprecedented partnerships with both the National Basketball Association “NBA” and the National Football League “NFL” also serve to reinforce our performance strategy. And we are very gratified by the success of our licensed apparel business, which is the result of the hard work and dedication of our employees and the tremendous partnership we have developed with the NBA and NFL. Reebok’s performance apparel is now outfitting approximately 1,800 NBA and NFL athletes, among the best athletes in the world. During 2002 we introduced at retail new product segments for licensed merchandise including footwear, classic lifestyle and performance related apparel. And, we intend to explore and create additional opportunities to grow this business further over the next several years,” Fireman added.

“Our Rockport, Ralph Lauren footwear and Greg Norman brands made progress in the fourth quarter despite the difficult conditions at retail. During 2003, Rockport plans to continue to focus on expanding their product offerings to service the new channels of distribution that are becoming so important in this industry. Rockport intends to accomplish this with their new product segmentation strategy which is designed to service a broader consumer base and will differentiate the products that are offered to the various retail channels of distribution. Rockport also plans to pursue a renewed focus on the all-important women’s business with new product introductions planned beginning in the second half of 2003. It is our intention to develop Rockport’s women’s business into a meaningful revenue and profit contributor over the next several years. Our Ralph Lauren footwear business substantially improved their operating performance in the quarter and for the year with some new product successes such as the X-67, which is achieving strong sell-through results at retail. And, despite a difficult and down golf market the Greg Norman collection also improved their operating performance in the quarter and for the full year,” Fireman continued.

“In addition to our strong operating performance we are focused on carefully managing our balance sheet. At year-end, our balance sheet was solid. We improved our inventory turns, reduced our days sales outstanding accounts receivable and generated over $200 million of cash flow from operations exceeding our earnings for the year.”

“I am pleased with our financial and operating performance during 2002,” Fireman continued, “but I believe we have much more to accomplish. Our goal with respect to 2003 is to grow quality market share in most of our key markets for all of our brands around the world. This is a particularly difficult undertaking given the general economic and political conditions around the world. However, I believe our management team is up for the challenge. Our current goals are to increase our 2003 sales in the mid to high single digit range and to grow our earnings per share for the year in the range of 15%,” Fireman concluded. 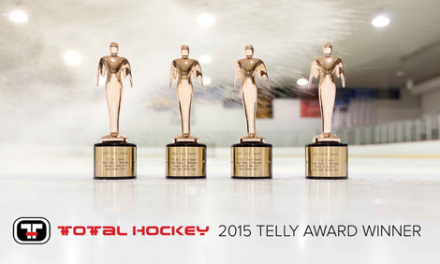 Crisafulli Adds His Two Cents on Any Mountain Bankruptcy…