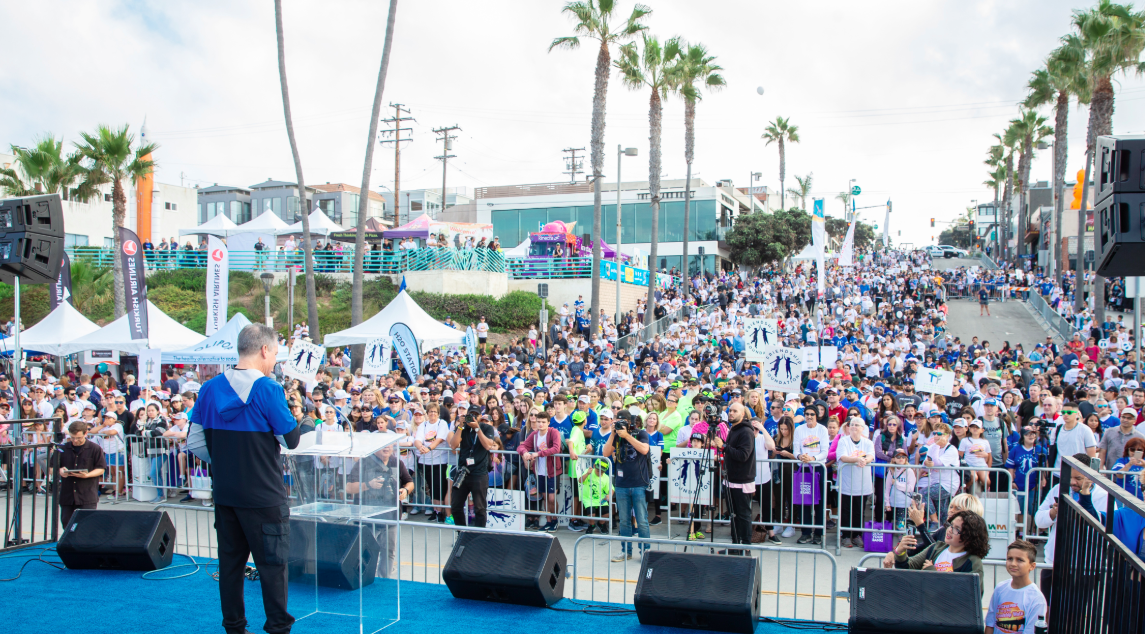 The Skechers Pier to Pier Friendship Walk continued the Skechers Foundation’s 11-year tradition of record-breaking donations for kids — raising more than $2.2 million for children with special needs and education at Sunday’s event, and more than $13 million in total since its start.

Added mother Tina Lee: “Kodi’s win at America’s Got Talent wasn’t just a victory for him, the whole world won—it was also a win for every person who looked past his blindness and autism and saw the true talent that he is. It’s an honor for him to be at the Skechers Pier to Pier Friendship Walk, because this event really uplifts, normalizes and embraces our children. It celebrates them for who they really are—not just as people with special needs, but as incredible individuals who can have a lasting impact.”

“Kodi’s an amazing global icon and role model for each and every one of us,” said Michael Greenberg, co-founder of the Skechers Pier to Pier Friendship Walk. “He’s helped change the world this year for the better in such a seismic way—and every child in our community has that same potential, thanks in part to the more than $2.2 million that this Walk has raised. From the Friendship Foundation’s programs, classes and dozens of regional school clubs, to our college scholarships and the new classes, facilities and technology we’re bringing to our schools, our Walk is transforming thousands of lives with every step.”

Since 2009, the Skechers Pier to Pier Friendship Walk has raised more than $13 million for The Friendship Foundation, public schools and scholarship funds for exceptional students. The Friendship Foundation assists children with special needs and their families through one-on-one peer mentoring and social recreational activities such as summer camps, outings to sporting events and classes that include music, yoga, cooking, art and drama. The event also helps education foundations maintain and enhance their schools in areas like technology, music, and science, from reducing class sizes and updating labs, libraries and facilities to protecting teachers’ jobs. The Skechers Foundation’s national scholarship program awards $100,000 annually to students who have financial need and proven excellence in academics, athletics and leadership.