Quiksilver Inc., the parent of Quiksilver, Roxy and DC, reported its net loss swelled to $53.1 million, or 27 cents a share, in the second quarter from $32.4 million, or 20 cents, in part due to an an increase in asset impairments and a 9 percent revenue decline. Sales were down 16 percent on a currency-neutral basis in the Americas. The company also said it expects pro-forma adjusted EBITDA for the full year to come in below year-ago levels.

“We made progress on our Profit Improvement Plan,” said Andy Mooney, president and chief executive officer of Quiksilver, Inc. “During the second quarter, we again reduced our expense structure, increased sales in our direct to consumer channels and emerging markets, and drove improvements in gross margins. These improvements were offset by decreased net revenues in our wholesale channel, especially in the developed markets in North America and Europe. Consequently, pro-forma adjusted EBITDA decreased versus the prior year.”

All of the results presented below represent the company's continuing operations.


Gross margin increased to 48.7 percent from 45.9 percent. The 280 basis point improvement in gross margin reflects the sales growth in our direct to consumer channels, reduced clearance activity in the wholesale channel of certain regions and benefits of licensing activities.

Asset impairments increased to $20 million from $5 million due to a $15 million write-down of Surfdome goodwill and intangible assets in connection with the reclassification of Surfdome from discontinued operations to continuing operations.

Pro-forma loss from continuing operations, which excludes the after-tax impact of restructuring and other special charges and non-cash asset impairments, increased to $25 million, or $0.15 per share, compared with $21 million, or $0.12 per share.

The company anticipates that the general sales trends of recent quarters compared to the same prior year period will continue into the second half of fiscal 2014 with continued net revenue declines in the North America and Europe wholesale channels being partially offset by net revenue growth in emerging markets and e-commerce. The company also anticipates some continued year-over-year gross margin improvements in the second half of fiscal 2014, and that pro-forma adjusted EBITDA for fiscal 2014 will be below the $118 million achieved in fiscal 2013.

The company said that it has revised the timing for achieving its Profit Improvement Plan adjusted EBITDA target to the end of fiscal 2017. 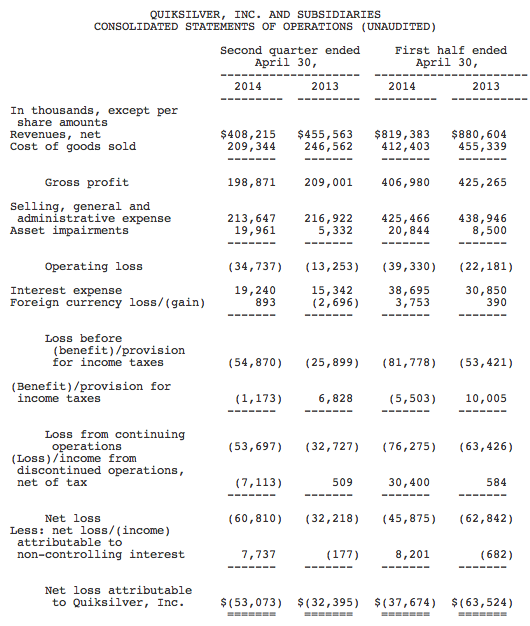 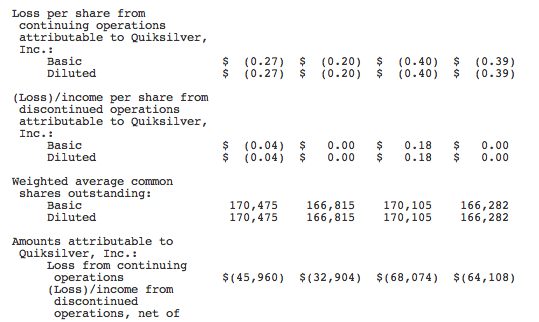 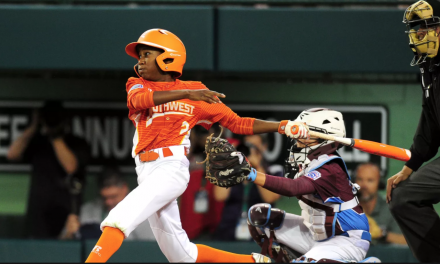