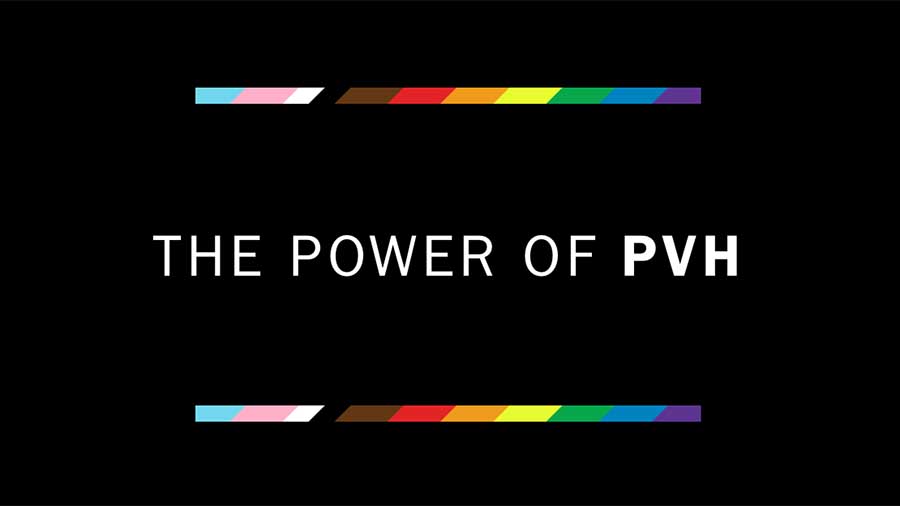 S&P also affirmed all of its ratings on PVH, including the ‘BBB-‘ issuer credit rating.

S&P said in its analysis: “Consumer demand for apparel is improving faster than we had expected. Sales increased 55 percent for PVH in its latest quarter ended May 2, 2021, compared to the company’s guidance of 42 percent to 44 percent growth. We believe the outperformance is driven by pent-up demand as consumers shop for social and work occasions while lockdown measures ease in North America and Europe. In addition, we believe the industry outlook has improved in the short term as consumers in Europe, North America and China emerged from the pandemic healthier than we had previously projected, and they are looking to refresh their wardrobe for life after the pandemic. Lastly, industry supply remains constrained because key garment manufacturing countries such as India and Bangladesh are still suffering from the pandemic and operating below capacity. We believe China is a key supplier that is not capacity constrained, but there is risk for future rolling lockdowns in the region. Additionally, freight and shipping lanes are still congested and delaying product receipt from the region. As a result of improving demand and our expectation for constrained inventory for the next several months, we now believe promotional activities will remain low for most of 2021 and return to normal cadence in 2022. The better promotional environment should also help alleviate some input cost pressures in the second half of the year.

“We expect PVH to repay debt and reduce leverage ahead of pursuing shareholder-friendly activities and acquisitions. PVH’s credit metrics improved slightly ahead of plan, with adjusted leverage decreasing to 3.6x at the end of the most recent quarter from 5.7x three months prior. We expect adjusted leverage to improve to about 3x—comparable to 2019 metrics—by year-end 2021. We forecast PVH’s revenue and profit will be below 2019 levels in 2022 because of continued rationalization in its North American segments, but the company will manage its balance sheet such that it will maintain adjusted leverage of about 3x.

“We believe PVH remains committed to an investment-grade rating, will prioritize debt reduction, and will not pursue debt-funded acquisitions that could prolong its debt reduction path until operations and credit metrics recover from the pandemic. PVH’s most recent sizable acquisition was Warnaco in 2013. The company has been focused on investing in its two core brands while optimizing the rest of its branded portfolio. PVH made $600 million of voluntary prepayments on its U.S. dollar-denominated term Loan A as of June 2021, and we expect it will continue to reduce debt in the near term.

“Longer term, we still believe PVH will expand its brand portfolio and product categories via acquisitions. We believe it would be willing to increase leverage to above 4x for the right target. If PVH increases its leverage in the near term, we expect a rapid debt reduction plan to decrease leverage to below 4x within 12 months.

“E-commerce and international markets will continue to drive PVH’s growth. The company is well diversified globally and generates more than 65 percent of revenue and profit outside of the U.S. Growth in Europe and Asia continues to outpace the domestic market. Additionally, about 30 percent to 40 percent of the company’s U.S. sales are from international tourists. We believe this is because the Tommy Hilfiger and Calvin Klein brands resonate well with international consumers. Additionally, Europe and Asia have more established apparel, digital wholesale, and third-party partners—such as Zalando, Asos, T-Mall, and JD—which appeal to millennial and Generation Z consumers. We believe its position with younger and digitally savvy international consumers helped the Calvin Klein and Tommy Hilfiger international segments’ revenue grow 56 percent and 77 percent, respectively, in its latest quarter despite widespread brick and mortar lockdowns in Europe and parts of Asia-Pacific.

“PVH’s North American market remains the most challenged because of lower tourism, the secular shift away from traditional brick-and-mortar shopping, and department store rationalizations, which were accelerated by the pandemic. Longer term, we believe the digitalization of North American department stores and the specialty apparel channel provides an opportunity for the company to elevate its brand equity and overall pricing categories domestically.

“The stable outlook reflects our expectation that PVH’s leverage will improve to and be maintained at about 3x by fiscal year-end 2021.”