PVH Corp.’s
third-quarter profit grew 17.3 percent to $196.7 million, or $2.37 a share,
again boosted by its acquisition of Warnaco Group, which licenses the Speedo
brand and Calvin Klein underwear and jeans. The $2.9 billion purchase was
completed in February.

Revenues jumped
42.9 percent to $2.14 billion, principally driven by the addition of
approximately $503 million of revenue related to the Warnaco businesses.

Revenue in the
Calvin Klein business more than doubled to $800 million from $320 million with
the addition of the underwear and jeans businesses. Calvin Klein underwear
exceeded expectations but jeans continued to underperform due to excessive
inventories in the channel.

Tommy
Hilfiger’s revenues grew 10.4 percent to $921 million as double-digit growth in
the wholesale sportswear in the U.S. and Europe offset declines in Japan.

Despite the
better-than-expected third quarter, PVH kept its EPS guidance for the year at
$7.00, which compares with $6.58 in 2012.

“The global
environment has been more promotional to date than last year's fourth quarter,”
said Manny Chirico, PVH’s chairman and CEO, on a conference call with
analysts.  “We have been cautious with
our projections and are planning for the promotional environment to continue
throughout the fourth quarter.”

For the
fourth quarter, EPS is expected to decline to $1.40 from $1.60 a year ago. The
year-ago period saw a 10-cent-a-share benefit from a calendar shift due to the
53-week year. The latest quarter will also reflect a decrease of 10 cents a
share due to an increase in the projected tax rate over the prior year’s fourth
quarter. 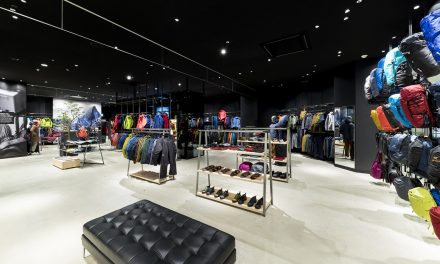