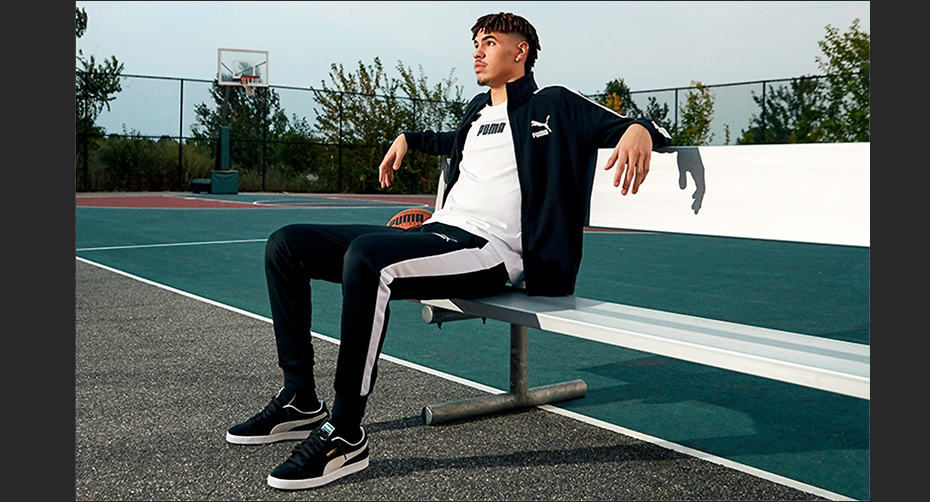 Puma reported sales grew 9.1 percent on a currency-neutral basis in the fourth quarter. With lockdowns currently closing about half of the retail stores selling Puma’s products in Europe, a challenging first quarter is expected. Recovery, however, is forecast near the end of the second quarter and strong improvements throughout the third and fourth quarter.

Bjørn Gulden, CEO, Puma SE, said, “I am very happy that we managed to end a very difficult 2020 with, considering the circumstances, a good fourth quarter. We grew our sales in the fourth quarter, despite lockdown measures, by 9 percent to €1,520 million and our EBIT by 15 percent to €63 million.

“This, together with our strong performance in the third quarter, where our sales grew 13 percent, underlines the strength of both Puma and the whole sports industry and makes me look positively to the future. We see that people around the world want to do more sports as soon as restrictions allow them to, and we see that consumers have continued to buy new sneakers and sportswear also during the pandemic. 2020 was definitely the most difficult year I have ever experienced. The COVID-19 pandemic put us in situations we have never seen before. We feel we have maneuvered through this crisis as well as we could by solving problems day by day without hindering the mid-term momentum of Puma. This was possible because of a fantastic effort by our employees, great support from our retail partners and unbelievably strong cooperation with all our suppliers. I am very thankful that we had the support of our Supervisory Board during this crisis to continue our investments into the future of the company. We continued to invest in our infrastructures like logistics and IT, and we added partners like Neymar Jr., Dua Lipa and LaMelo Ball to create Brand Heat.

“The pandemic is, unfortunately, still here and impacting our business. We do expect the negative impact to continue through the first and parts of the second quarter but expect to see an improvement in the second half of the year. I am convinced that 2021 will be a better year for us than 2020.”

Fourth Quarter 2020
Sales in the fourth quarter 2020 increased 9.1 percent (ca) to €1,520.1 million (+2.8 percent reported), despite COVID-19-related lockdown measures. This growth was led by a strong sales increase in the Asia/Pacific (+11.8 percent ca), driven by Greater China. The positive development was also supported by EMEA (+9.8 percent ca), despite COVID-19-related lockdown measures in Europe as of November. In addition, the Americas showed good performance (+6.1 percent ca) with growth across North and Latin America. All product divisions contributed to the growth. Apparel grew 15.7 percent (ca), driven by continued strong demand for its products. Accessories were up 7.3 percent (ca) mainly due to strong golf, leg and bodywear businesses. Footwear increased 3.8 percent (ca) including sustained momentum in Basketball.

Operating expenses (OPEX) in the quarter increased 2.8 percent to €668.5 million due to higher sales-related, warehousing and distribution costs mainly driven by a strong increase in its e-commerce business, while it continued its overall tight cost control.

Full Year 2020
Puma started the year with a very positive order book for 2020 with strong and balanced growth in all regions. In China, after a good start to the year with double-digit growth in wholesale, e-commerce, and owned and operated stores, the Chinese market shut down in the last week of January. Over the following six weeks, its entire business in China, except for e-commerce, disappeared. As China started to recover in mid-March, COVID-19 spread globally, and by the end of the month, around 80 percent of Puma’s owned and operated retail stores and the majority of its retail partner stores were closed. As a result, sales in April declined sharply by 55 percent compared to the previous year. With an increasing number of stores reopening over the course of May, first in EMEA and Asia/Pacific and later in North America, sales improved in May but remained 38 percent below the previous year. More store openings in June, and generally more positive sentiment, led to a substantial improvement and a monthly sales decline of only 6 percent. At the end of June, 85 percent of Puma’s owned and operated stores were open.

In the third quarter, the business environment continued to improve. Sales grew by 13.3 percent (ca) and developed better than expected, led by a very strong recovery in the Americas and EMEA, making it the best quarter in Puma’s history. Most of the retail stores owned and operated and those of its retail partners were open through the quarter but were still limited by local restrictions. While store traffic remained below last year’s levels, conversion rates continued to be high.

The fourth quarter started with very strong sales growth in October; however, through November lockdown measures were implemented across multiple countries in Europe, and consequently, around 35 percent of Puma’s owned and operated retail stores in Europe closed temporarily. This trend continued in December with up to 50 percent of the retail stores that sell its products in Europe were closed as required by local authorities. Despite the lockdown measures across Europe and worldwide, sales in the fourth quarter remained resilient with a growth of 9.1 percent (ca). The growth was led by a strong sales increase in the Asia Pacific, mainly driven by Greater China. In addition, EMEA and the Americas showed a positive performance with high-single-digit sales increases.

The Wholesale business in the financial year 2020 decreased by 4.0 percent (ca) to €3,809.9 million. Puma’s Direct to Consumer business (DTC), which includes owned and operated retail stores as well as e-commerce, increased by 6.4 percent (ca) to €1,424.5 million. This represented a share of 27.2 percent in 2020 (last year: 25.4 percent). The e-commerce business increased strongly by more than 60 percent (ca), supported by higher investments into performance marketing, better content, successful promotions and more efficient logistics.

As a result of the cost savings initiated at the end of the first and during the second quarter, operating expenses (OPEX) decreased by 0.3 percent in the financial year 2020 and amounted to €2,264.9 million (last year: €2,271.3 million).

Cash Flow and Liquidity Situation
The free cash flow declined from €330.0 million in 2019 to €276.0 million in 2020. The decline in 2020 was caused by the drop of earnings before taxes, while improved working capital and lower tax payments and lower capital expenditures had a positive impact.

In line with our strategic priorities in dealing with the COVID-19 pandemic, we obtained an additional credit line in May 2020 to ensure the financial liquidity of the Puma Group. This credit line served as insurance to guarantee sufficient liquidity in a time of unprecedented crisis and uncertainty regarding the duration and impact of the COVID-19 pandemic. The additional syndicated credit line of €900 million from twelve banks, including a direct commitment from Kreditanstalt für Wiederaufbau (KfW), was already reduced by €700 million to €200 million as of December 31, 2020. Puma refinanced this syndicated credit facility in December 2020 by securing a new promissory note loan of €250 million and increasing existing credit lines with banks by €450 million.

Events after the balance sheet date
On February 1, 2021, Puma terminated the remaining syndicated credit facility of €200 million from twelve banks including KfW. This could be achieved due to Puma’s financial strength and the increase of other credit facilities as described above.

Proposal of a Dividend of €0.16 per share
Based on the positive net earnings in 2020, the Management Board and Supervisory Board will propose to the Annual General Meeting on May 5, 2021 to distribute a dividend of €0.16 per share for the financial year 2020. The payout ratio for the financial year 2020 is 30.3 percent of the consolidated net earnings and is in line with Puma SE’s dividend policy, which provides for a payout ratio of 25 percent to 35 percent of consolidated net earnings. However, the payout is conditional on an overall sound macroeconomic environment.

Outlook 2021
Puma wrote, “Our sales and profitability rebounded strongly in the third quarter of 2020 after a very weak second quarter, which was severely impacted by the COVID-19 pandemic. Given this strong rebound, we anticipated that 2021 would become what 2020 was initially supposed to be: a year characterized by double-digit sales growth compared to the 2019 baseline and a strong improvement in our operating result (EBIT) driven by a slight improvement in our gross profit margin and operational leverage (2019 EBIT: €440.2 million).

“However, as the number of COVID-19 cases continues to be on a very high level globally, several governments have already extended their lockdowns until the end of February or even into March. As of today, approximately 50 percent of the retail stores selling our products in Europe are still closed due to various lockdown measures. Also in multiple other markets, the retail stores remain closed or are operating with significant restrictions. By consequence, a part of our business in 2021 will be once again negatively impacted by the COVID-19 pandemic despite a strong order book and high demand from our retail partners and consumers.

“We will continue to mitigate the consequences of the COVID-19 pandemic wherever possible but foresee a negative impact on our business especially in the first half of 2021. We currently believe that the first quarter and also the beginning of the second quarter will be heavily impacted. However, we believe that we will see a recovery until the end of the second quarter and strong improvements throughout the third and fourth quarter. Given that vaccination campaigns are already underway in almost all parts of the world, we remain confident especially for the second half of 2021. For the full year 2021 we, therefore, expect at least a moderate increase in sales in constant currency – with an upside potential – (2020: €5,234.4 million) and both, our operating result (EBIT 2020: €209.2 million) and net earnings (2020: €78.9 million) will show a significant improvement compared to 2020. The development of our gross profit margin and our OPEX-ratio for 2021 will depend on the degree and duration of the negative impact of the COVID-19 pandemic on our sales.

“Our quick recovery in the third quarter and the beginning of the fourth quarter of 2020 and our strong order book for the year 2021 combined with very good feedback from retail partners and consumers around the world make us confident for the mid-term success and growth of Puma.”