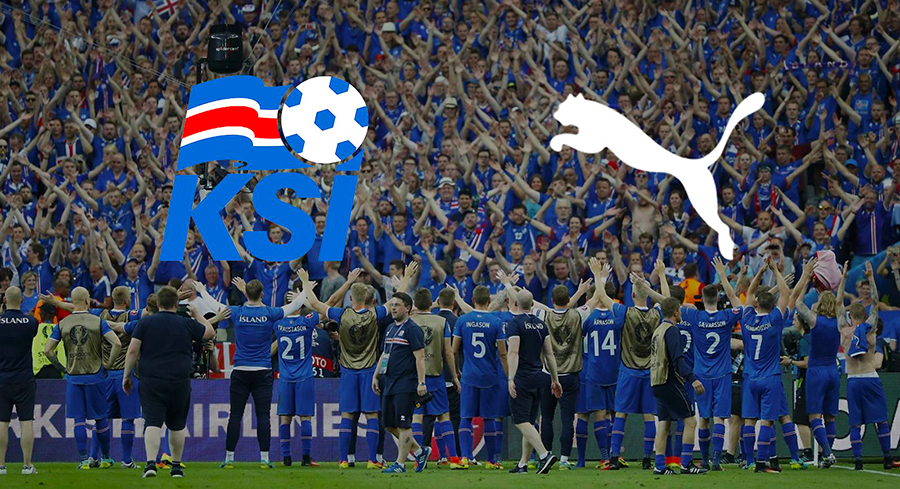 Puma announced that it has entered into a long-term partnership with the Football Association of Iceland (KSI) to become the official technical sponsor of men’s, women’s and youth teams.

“I am extremely impressed with the achievements that Iceland has achieved,” said Björn Gulden, CEO of Puma. ”Despite being a small nation, the players have great talent, demonstrate a fantastic attitude and always have an extraordinary team spirit. We are really looking forward to working with them.”

With a population of just 330,000, Iceland qualified for the UEFA Euro 2016 finals and is the smallest national team to qualify for the men’s FIFA World Cup in 2018. The women’s team has also achieved success by qualifying for three UEFA Women’s European Championships in a row, 2009, 2013 and 2017.
“We are excited and very much looking forward to our partnership with Puma, one of the world’s leading sports brands. Their enthusiasm for Icelandic football, and what we stand for, has been impressive. I am confident that together with Puma we can enjoy further success both on and off the field,” Gudni Bergsson, FA of Iceland president, said.

Schutt Sports Still Negotiating with the City of Litchfield

Cabela’s Campaign Urges Americans to Disconnect and Get Outdoors