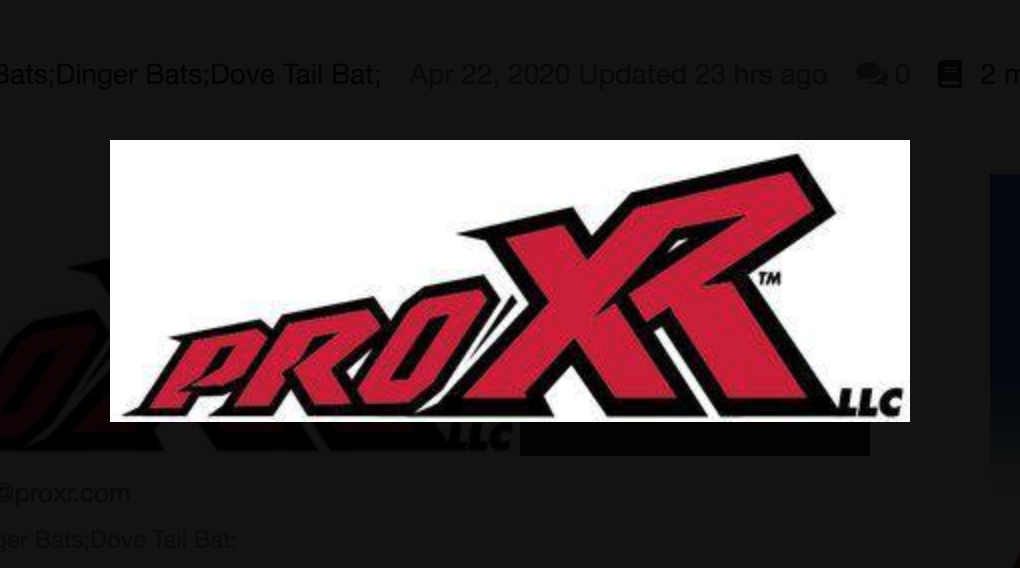 ProXR said that in 2010 ProXR, swung by then NY Mets infielder Mike Hessman, became the first angled knob bat ever used in a regular-season professional game. Hessman’s ProXR bats were subsequently accepted into the National Baseball Hall of Fame in 2011.

“Baseball players are loyal to the brand of bat they swing, and given the performance improvement they’re seeing from others using ProXR, it’s no surprise more guys are asking their bat makers for it,” said Grady Phelan, founder and president of ProXR. “The fact that some of the top bat companies in baseball have signed with us shows the significant value players place on increased performance and power at the plate.”

“We are very excited to offer ProXR as an option on our bats,” said Paul Lancisi, CEO of Dove Tail Bat. “We are building a growing base of professional and amateur customers who are purchasing our premium bats with ProXR. They want to have the latest and greatest technology to perform at their best. We have received a lot of early positive feedback from our professional players about the combination of our ultra-premium bats and the ProXR (extreme response) technology.”

“Player response has been amazing!” said Phoenix Bat president, Brad Taylor. “Guys who have never swung an asymmetric-type handle love it and guys who have swung other angled knobs are converting to ProXR. It adds a new dimension to our line of bats; something we’ve never had before. We take our best performing models, add the ProXR technology to it, and it makes them even better.”