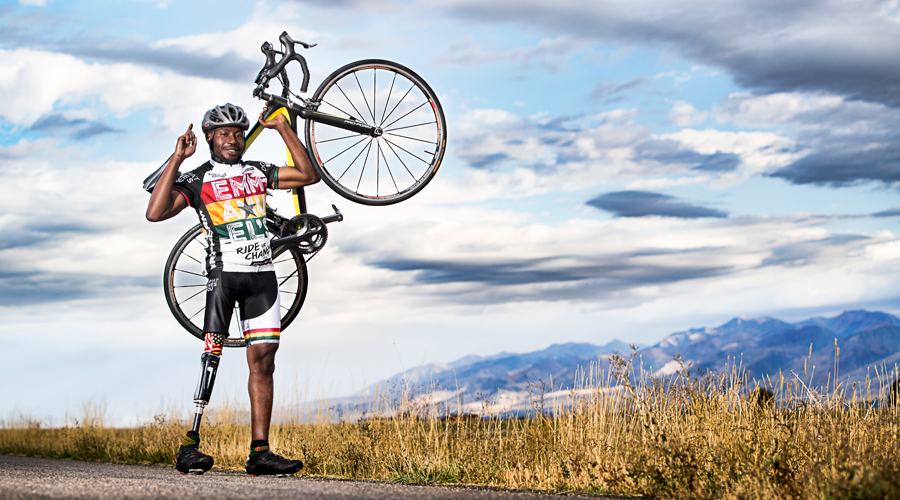 ProForm, inventors of the ProForm Tour de France cycle and other equipment, signed on as lead sponsor for the Emmanuel’s Ride for Change — a 1,800-mile Dallas to D.C. ride beginning October 1, 2016.

Athlete, activist and cyclist Emmanuel Yeboah will depart Richardson’s Bike Mart, 1451 W. Campbell Road in Richardson, TX at 9 a.m. and head east to D.C. to raise awareness and gain funding to build schools in Ghana for kids with disabilities.

Local cyclists will join him for his departure, along with fans and community members. He has also welcomed the public to ride with him throughout his journey.

Yeboah will stop in various cities along the route to spread his message to the general public. He will also visit elementary schools and read to students from “Emmanuel’s Dream,” the children’s book written about his unique story.

Yeboah is a native of Koforidua, Ghana and was born disabled, with a deformed right leg, commonly seen as a curse in his home country. Today, with one functioning leg and one prosthetic, he fights to change that perception.

He has won several awards including the CAF Most Inspirational Athlete of the Year by the Challenged Athletes Foundation, Nike’s Casey Martin Award, and the Arthur Ashe Courage Award at the ESPYS.