MountainFLOW has signed Aleksander Aamodt Kilde to an athlete partnership deal to use the company’s new Race Wax, in the upcoming season. 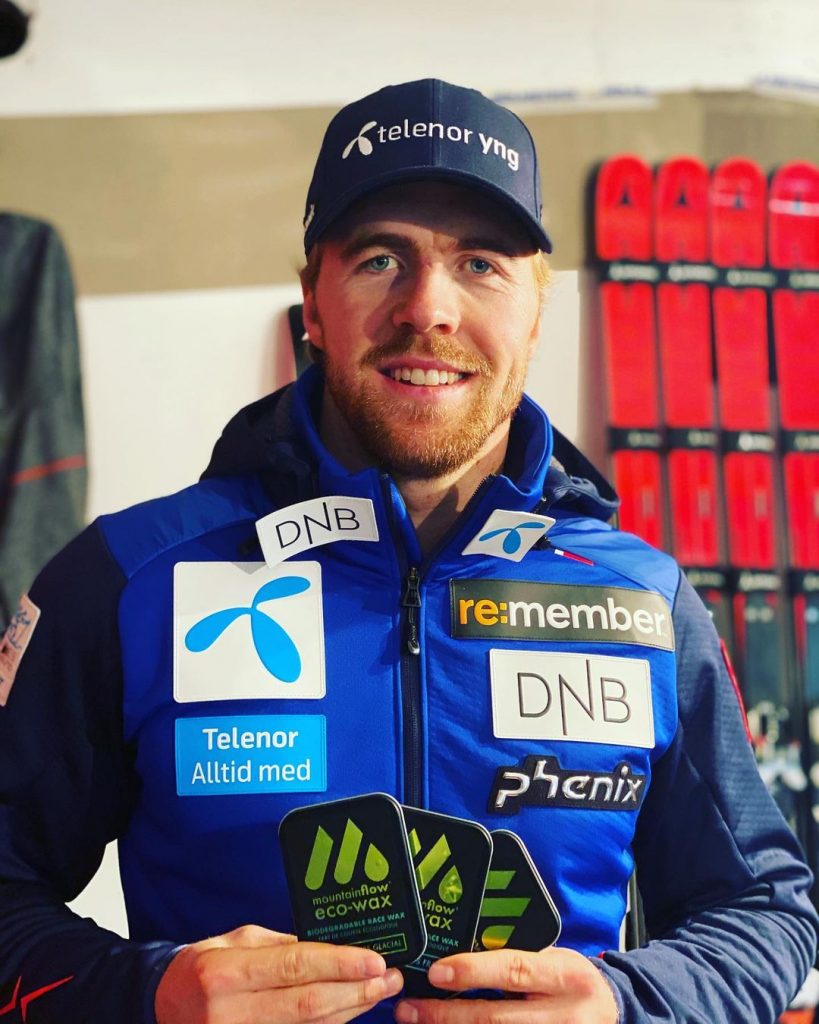 Kilde has won a total of four World Cup races in his eight seasons on tour and reached the podium 18 times. He also won the gold medal in the Giant Slalom at the 2013 Junior World Championships.

“I’m excited to partner with mountainFLOW this season. Their new non-fluoro race wax is great,” said Kilde. “To find a wax that performs well and is eco-friendly is really rare —mountainFLOW has been able to do both.” Kilde will use mountainFLOW’s plant-based, non-fluoro Race Wax in the upcoming season.

Released in October, the Race Wax is plant-based and incorporates moutainFLOW’s Ceramic Nanotechnology. It’s both hydrophobic and durable as well as biodegradable and eco-friendly.

“To have the best skier in the world on our wax is an amazing vote of confidence for the brand and our new line of race wax,” said mountainFLOW Founder and CEO Peter Arlein.