Laka Rips Up The Rule Book With New Rebrand

Laka has ripped up the rulebook to defy the traditional fundamentals of insurance with a fresh look that injects personality and purpose into the industry - providing the brand with a platform to turn the industry on its head.

London: Laka (laka.co), a community-based insurer of cyclists, has unveiled a rebrand which breathes new life into cycle insurance to challenge the status quo.

Laka has ripped up the rulebook to defy the traditional fundamentals of insurance with a fresh look that injects personality and purpose into the industry – providing the brand with a platform to turn the industry on its head.

The insurance industry is often associated with misfortune and mistrust. Laka needed a brand to challenge those preconceptions and establish a positive, collective-based model.

The rebrand, executed by branding agency Ragged Edge, is reflective of Laka’s progressive mindset. Laka’s fun-loving and characterful new identity is the antidote to the insurance industry. It recognises the different tribes that exist in cycling yet brings them together to feel part of a bigger collective team, celebrating its strength in numbers.

Bold portraiture photography heroes the collective’s diverse members, and strong team colours unites them. Landscape-like patterns are inspired by mud, sweat and tears from a ride. And a tone of voice that’s never afraid to go full-on bike nerd is used as a rallying cry to members – mess with one of us, mess with all of us.

Laka has created, whilst maintaining social distancing, a new brand video to launch the rebrand to introduce cyclists to its new positioning. The brand has also collaborated with Rapha to create a special-edition collection of Laka cycling kit.

The rebrand marks the latest progression in Laka’s journey of forging an innovative approach to cycle insurance. This isn’t the first time Laka has done things differently:

Tobias Taupitz, CEO and co-founder at Laka said: “Traditional insurance models, with complex clauses, excesses and a painful claims process are broken. Our customers – starting with cyclists – work as a collective to share the cost of claims that actually happen, rather than ones that might”

”We’ve created a brand that will really resonate with the cycling community, but isn’t restricted to cycling. I hate the word disruption, but it’ll really disrupt the industry. And sets us up perfectly for our international growth as we fundamentally change what insurance means to people.”

For further information about Laka and the new rebrand, check out the Laka website at laka.co. 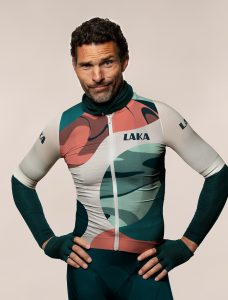 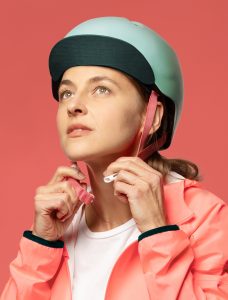 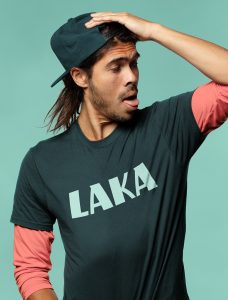 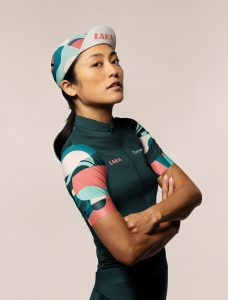 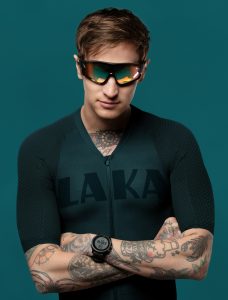 About Laka: Laka has challenged outdated traditional insurance to provide customers with a fairer, community-driven approach to cycle insurance. Laka customers pay no upfront premiums and are instead charged based on the cost of claims submitted by the community the previous month. Fewer claims result in lower charges. Laka customers work together as a collective and share the cost of claims. Laka handles all claims, divides the cost fairly and limits each customer’s maximum monthly spend with a cap based on the value of the equipment insured by each individual member. Laka members fully benefit from lower costs but are also protected if there are a high volume of claims in any given month. On average, Laka’s customers pay 25% less for the cost of insuring their bikes, versus alternative insurance policies.

In January 2020, Laka announced a $4.7m Series A funding round, led by LocalGlobe and Creandum, with participation in the round coming from Rapha chairman Nick Evans, and the former CEO of Fitness First, Oren Peleg. This follows the news that Amanda Blanc, former Zurich’s CEO for EMEA & Global Banking and before CEO of AXA UK & Ireland, joined Laka’s board of directors earlier in the year.