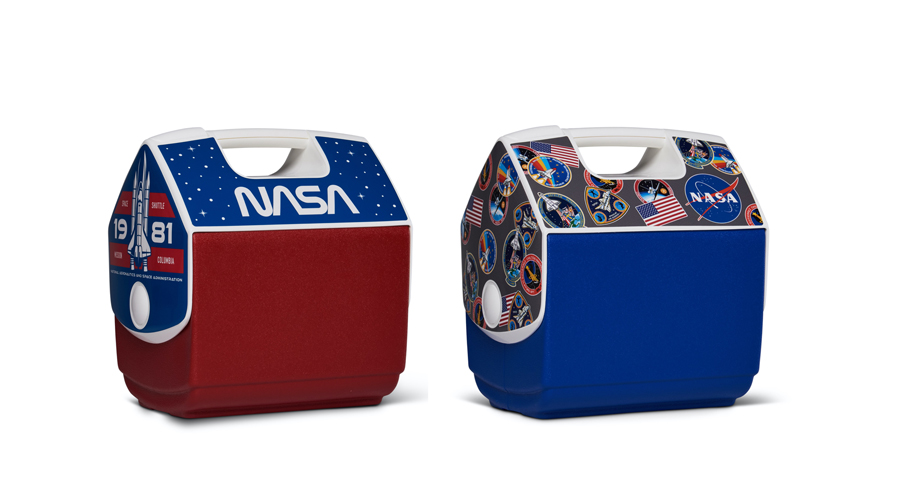 Igloo released its limited-edition Playmate coolers inspired by the National Aeronautics and Space Administration (NASA) paying homage to NASA’s vision — discover and expand knowledge for the benefit of humanity.

“As a Houston-based company, we’ve always been proud of and inspired by NASA’s dedicated program of space exploration and discovery,” said Brian Garofalow, Chief Marketing Officer at Igloo. “And with World Space Week currently underway, we knew it was the perfect time to celebrate NASA by releasing these two new NASA-inspired Playmate coolers. We hope that everyone can proudly enjoy their chilled drinks and snacks, all while displaying support for the beloved American institution.”

NASA’s time-honored history and reverence within the U.S. run similarly in tandem with Igloo, an American brand that “helped make the family outdoor recreation movement of the 20th century possible.” The Igloo Playmate is on display in the Smithsonian for its innovative design, originating in 1971, which lead to its recognizable status.

NASA-inspired Playmate coolers feature custom NASA artwork on the tent top, a symbolic mission patch and iconic worm logo with a graphic honoring when NASA made history in 1981 with its first space shuttle mission with the Columbia spacecraft.