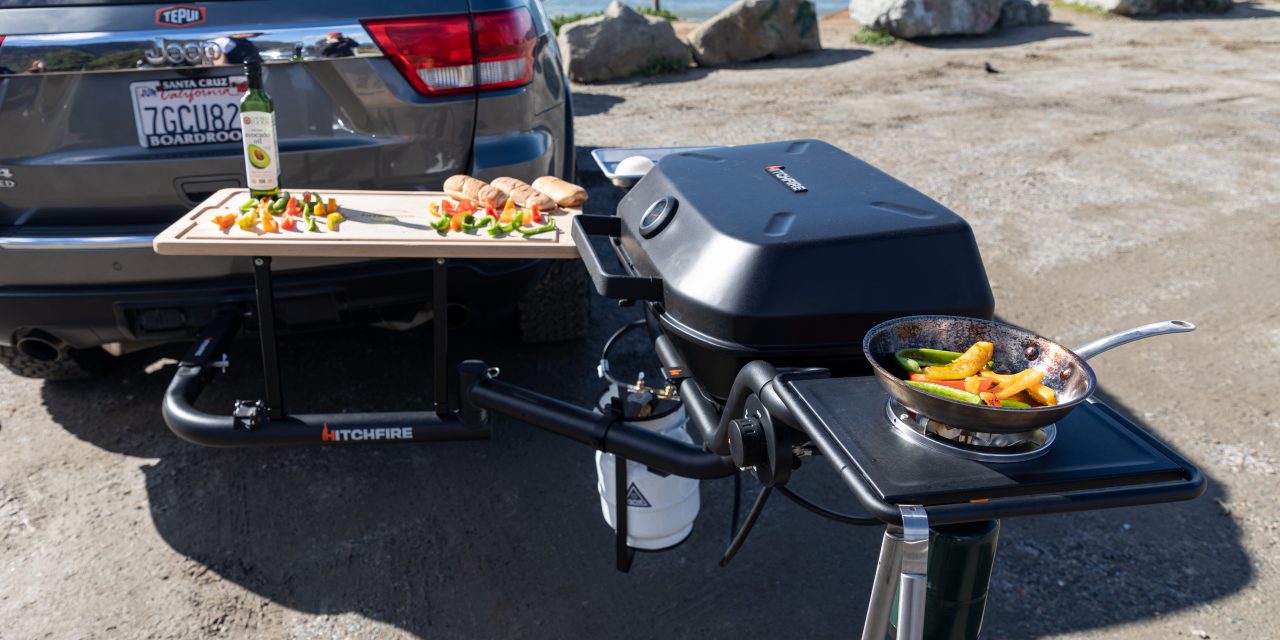 Following the launch of its Forge 15 hitch-mounted grill last year, the company announced the addition of accessories to its flagship product to create its “Ultimate Grill Station.”

This package includes the Forge 15 grill, a side table with a 15”x30” hard maple cutting board that mounts to the tubular swingarm, a side burner, an Ignik propane Growler Kit, which includes the propane adapter hose, and a grill cover.

Each Ignik Gas Growler holds the equivalent fuel of five traditional green propane bottles. The Ultimate Grill Station is offered as a bundle or individually.

“The Ultimate Grill Station opens up a world of possibilities and takes Adventure Grilling to new heights,” said Evan Currid, HitchFire CEO and Founder. “This setup allows you to cook full course meals in virtually any setting all while feeling like you haven’t left your kitchen. Good food in amazing places is what we’re all about.”

Launched last year, HitchFire’s Forge 15 is made of powder-coated steel and built on a tubular frame and attaches to a vehicle’s two-inch receiver hitch.