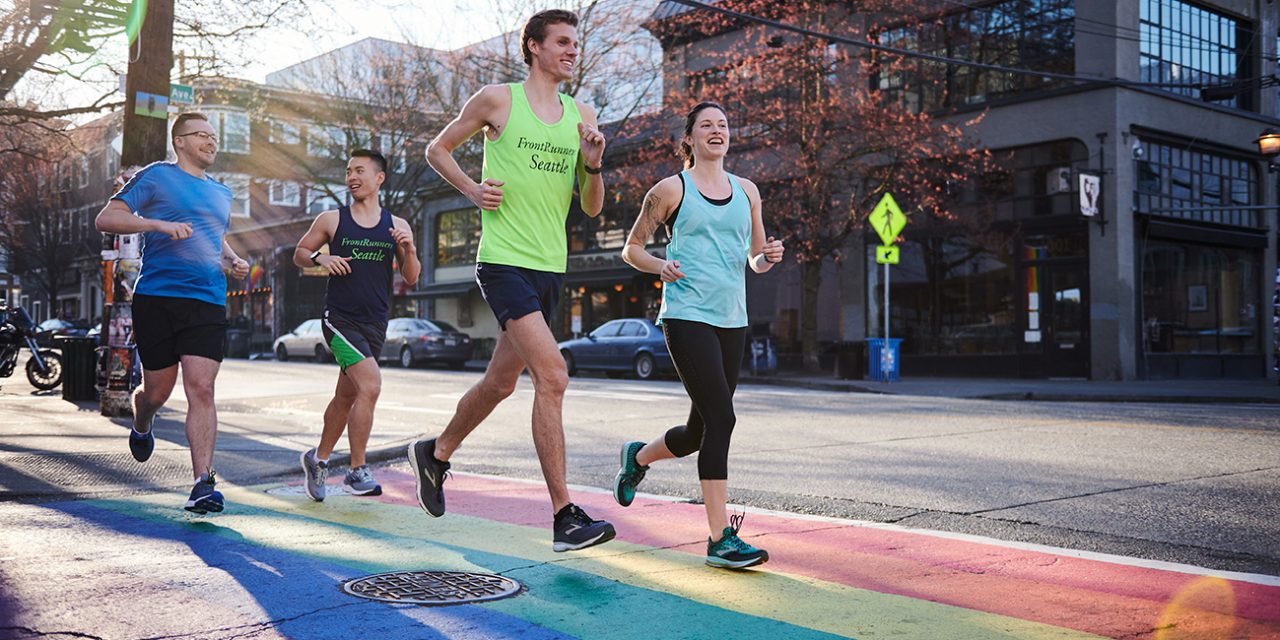 Brooks Running Company and International Front Runners, the global network of lesbian, gay, bisexual, transgender, queer (LGBTQ+) running clubs, today announced a two-year partnership to promote inclusion in running. Together, the two organizations will support the growth of Front Runners clubs in cities beginning in the U.S. and Canada, inviting more runners to join the community and experience the power of the run.

International Front Runners, which began in San Francisco in the 1970s, is one of the oldest and largest LGBTQ+ athletic organizations in the world. It is today comprised of more than 110 running clubs in 20 countries including the U.S., South Africa, Germany, China and beyond.

As part of the partnership, Brooks and International Front Runners will work collaboratively to find and fund opportunities with local clubs to enable more runners to experience the run and take part in the Front Runners community; examples include hosting membership drives and community fun runs, organizing local events, and more. Brooks will provide donations this year and next, beginning with support for its hometown club, Seattle Front Runners. Donations will be announced on a rolling basis through 2020.

“Brooks Running has always encouraged the world to Run Happy and this remarkable partnership extends that message to the LGBTQ+ community. We are elated to have the support from such an inspiring brand to elevate representation for LGBTQ+ runners and walkers around the globe to highlight diversity in athletics,” said Danny Luong, president of International Front Runners.

In celebration of the partnership with Front Runners, Brooks will debut a limited-edition Run Proud Collection of apparel and accessories featuring designs that honor LGBTQ+ runners and champion the inclusivity of running. The collection, which launches May 15, gives runners a way to express themselves and the value of inclusion throughout the year.

To learn more about the Brooks and Front Runners partnership, visit here.