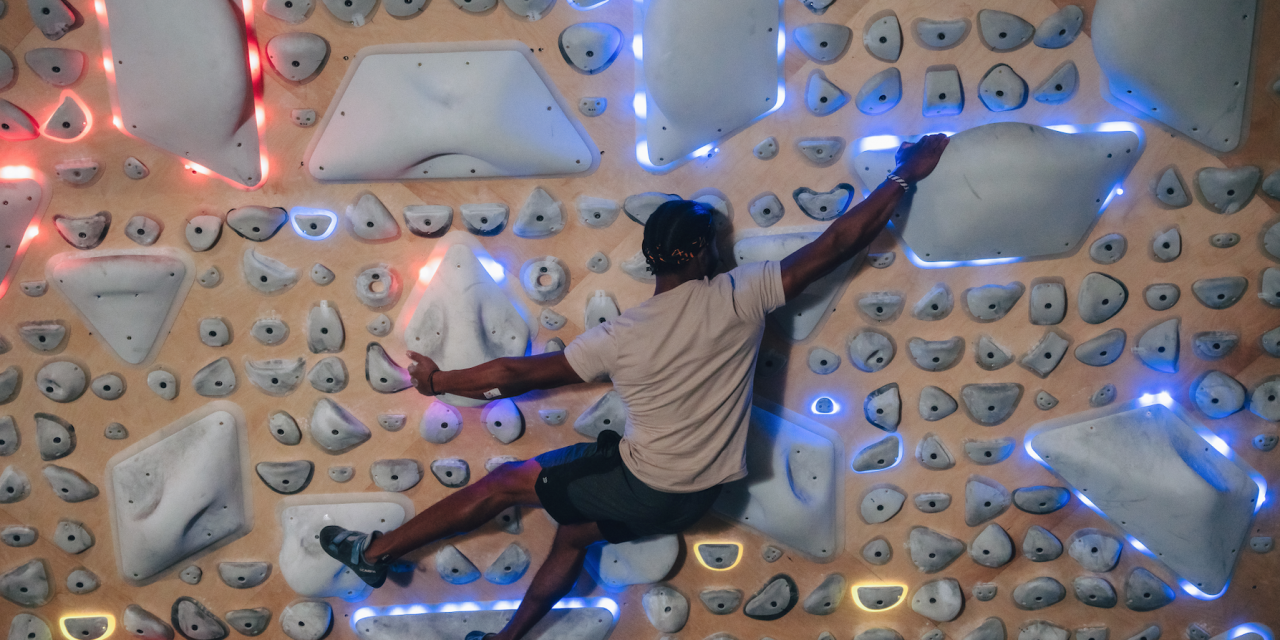 Arcade’s responsive climbing holds react to force with sensors and, when held, provide guidance as to the climber’s next move by lighting up the holds. The climbing holds and wall are wired with LED lights and force sensors. The wall is connected to a tablet through a mobile app to control and manage the proprietary smart wall. Using Bluetooth, the iPad is linked to the climbing wall and users can select climbs and activate them onto the wall.

“The goal is to invigorate the sport of climbing through reimagined technology and a strong sense of community,” said Martin Adler, CEO, Arcade Climbing. “Arcade Climbing is bringing a fresh, vibrant energy to indoor climbing gyms nationwide, making the sport fun and inclusive for newcomers while presenting new challenges and training programs for avid gym-goers.”

For consumers new to the sport of indoor climbing, the technology provides guided programs and games for learning the basics. For expert climbers, there is a library of advanced challenges and climbing series developed by professionals to complement its training programs.

To use the technology, the user accesses a library of climbs and activities set by professional route setters and trainers via an iPad controller. The user chooses their climbing route, whether it’s a beginner instructional program or an advanced training regime, then press climb on the screen triggering the holds to illuminate their path.

Arcade Climbing said it expects to extend its next line of climbing technology to climbing walls worldwide including offices, hotels and schools, introducing indoor climbing as part of its fitness offerings. The technology is currently being used by Brooklyn Boulders climbing gyms at its West Loop (Chicago) and Eckington (Washington, D.C.) locations.