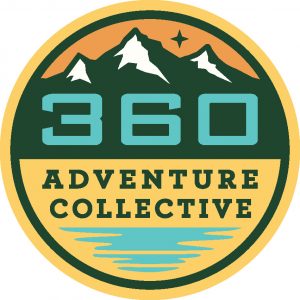 Asheville, NC ­– April 14, 2020 – 360 Adventure Collective, the trusted member association that has brought focused, regional events for sales reps and retailers for over 40 years, today announced that the Southeast Summer Expo and the Alabama Summer Expo have been rescheduled for August 2020.

The change of dates comes after the cancellation of the Mid-Atlantic Summer Expo (which was slated for June 9-11 in Edison, NJ) and the New England Summer Expo (originally scheduled for June 16-18 in Manchester, NH) due to social distancing measures put in place to limit the COVID-19 outbreak. 360 Adventure Collective is currently reviewing alternative show dates for both canceled events.

“Our sales reps, retailers, and vendors depend on these regional events to build strong, effective relationships in the outdoors industry. 360 AC is proud to provide a support system for those relationships, and we are committed to delivering excellence,” affirms Stacey Gellert, Executive Director of 360 Adventure Collective. “In making this decision, we’ve carefully surveyed our membership and taken into account all current projections of COVID-19. We want to ensure the health and safety of our members. Knowing how much our members count on these events, we are currently working to reschedule the Mid-Atlantic and New-England shows as well.”

About 360 Adventure Collective: EORA (Eastern Outdoor Reps Association) and NESR (New England Sports Reps) united in 2017 to create 360 Adventure Collective, a greater organization boasting a combined 40 years of success in connecting the most comprehensive offerings in outdoor and ski apparel, footwear, accessories, and hard goods to the industry’s retailers who matter the most. By hosting smaller, more conveniently located expos and markets than the national alternatives, 360 Adventure Collective is the traveling sales rep’s most trusted support system for maximizing connections with retailers and vendors. 360 Adventure Collective has over 675 members with 14 annual shows, and services over 2,900 retailers. For more information or to become a member, visit 360adventurecollective.org/.