“Willie has long been a key piece of the POC team, in North America and globally, and there is no one more capable for this role or, frankly, more passionate about the POC brand. Whether through his work with our network of athlete ambassadors, or playing an integral role in our mountain bike and road cycling launches, Willie lives and breathes the POC mission of saving lives and reducing consequences of accidents for gravity athletes and cyclists,” said POC global general manager Amanda Evans.

A three-time Academic All-American at the University of New Hampshire, Ford’s relationship with POC dates back to 2009, when he joined the brand as an undergraduate intern in the then-upstart’s East Coast warehouse. Ford most recently filled a cross-functional marketing role, working closely with POC athletes including Olympic champion Julia Mancuso, supporting the bike and snow sales teams as well as key retailers, and managing agency relationships.

Prior to his 2011 return to POC, Ford served as director of outdoor for Bite Tech, Inc., the official protective mouthwear licensee of Under Armour. He joined Bite Tech following a stint as account executive with the MicroArts Creative Agency. Ford has served as a board member with the Shane McConkey Foundation since its 2010 inception.

“POC’s mission is one that is of ultimate importance to me on a personal level, and I look forward to working with our teams in North America and Sweden to move the brand forward on the product, marketing and sales sides,” said Ford. “Our first 10 years were filled with accolades and challenges, and we have significant momentum in the ski and bike segments. I’m excited to see where we can take this brand in its next decade.”

POC recently earned ISPO Awards for the Super Palm Comp 2.0 Glove and the Auric ski helmet. The brand earned a 2014 Eurobike Award for the new Cerebel time trial helmet. The company's mission is to do the best it can to possibly save lives and to reduce the consequences of accidents for gravity sport athletes and cyclists. 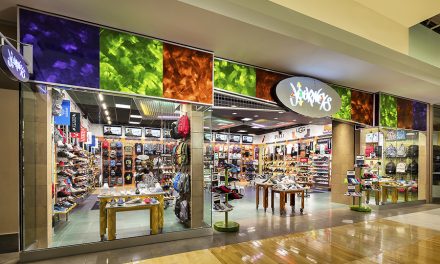