Plan and Pack Your 2016 Trip of the Year: Ireland

According to a 2013 study by the Adventure Travel Tourism Association (ATTA) in cooperation with George Washington University, year-over-year growth in adventure travel is at 65 percent, and the market size two years ago had hit a whopping $263 billion.

The study portioned out $82 billion spent on gear and apparel, and a subsequent study published in October 2014 by the World Tourism Organization (WTO) found that adventure travel attracts especially wealthy travelers – on average spending $3,000 per person, per trip, and trips last, on average, eight days. Notwithstanding my parents, the average age of adventure travelers according to the ATTA study skews younger – 36, with an almost equal split between genders.

If all of this suggests a healthy, well-heeled customer seeking your advice on what to wear for their spring 2016 vacation to the desert, ocean or mountains, you’d be correct.

One reason adventure travel is booming is because it’s less gear-centric than hardcore, single-sport focused travel. The goal is to play in a new place, then hang in a cafe with the locals. For these pursuits you need flexible apparel that can do triple duty – laughing off dirt and sweat on a hike, going for a morning run the next day, and still slick and odor-free on the street. You’ll find that mix here, and all of it still crammed with high-tech features. And because you can’t travel without a way to haul your gear, we’ve included a few new luggage and daypack options in the mix, too.

Hiking the West Coast of Ireland

One of the most rugged and scenic hiking trails in the world is Ireland’s Wild Atlanic Way which stretches the entire length of Northern Ireland’s weather and time-beaten ocean-facing cliffs. While Ireland has a legendary and well-deserved reputation for miles of soft, green turf, the Atlantic Coast is more like Iceland…minus the ice. None of the cliffs or mountains that prow up to face the sea are particularly high, but there’s huge relief, so even a few thousand feet of elevation yields spectacular views inland and surf-ward. Along the 1,000-mile route there are dozens of castles to stay in, along with remnants of 1,000-year-old fortifications and lots of other outdoor treats beyond hiking. You can try coasteering (donning a wetsuit and rock climbing along cliffs, then periodically diving into the ocean to swim rather than climb to the next section of scale-able rock), sea kayaking, and in the south there’s actually excellent surfing. It should go without saying that this is Ireland, so you’ll want to plan for variable weather, from rain to sun and everything in between, often on the same day, and in both spring and summer, with a wide range in temperature (chilly 50’s to humid 70’s in minutes). Here’s how you pack to meet the flux.

Mountainsmith Approach 45, $130, is a hiking backpack specifically disguised as an FAA-legal carry-on. So while it has hike-ready features like a dual-adjust waist belt, that same belt tucks down snugly against the pack wall to fit into an overhead aircraft bin. There’s both panel and stuff-style loading, too, which is great if your aim is to carry a pack for easier travel rather than to backpack cross-country; also great if you’d like to keep your clothing reasonably wrinkle-free. The front panel comes with daisy chains, so it’s easy to attach gear to the pack when you are hiking or just carrying your load between forms of transportation. There’s a simple sleeve for a telescoped trekking pole. Plus, at 2lbs. 15oz., if you are forced to check the pack you won’t get dinged for having overweight luggage.

Dynafit W’s XTrail Pant, $129, which is all about going fast and light, is debuting a new flexible, four-way stretch-woven material in their 2016 spring line for women. These XTrail pants were engineered for multi-pitch climbing, but that also makes them exceptionally airy and packable (only a quarter pound), as well as quick drying – all attributes ideal for hiking, especially on days that bring unexpected weather patterns. Note the zippered security pocket, elastic waist that’s actually comfortable under a pack belt, and zippered cuffs to pull the pants comfortably over boots.

As is always the case with Nau, styling is hallmark, even in their most tech-driven products. So while the three-layer hardshell Rebound Jacket, $290, debuts a premier fabric for the brand, crafted from four-way knit stretch recycled polyester, the jacket doesn’t brag about its technology. The cut and style looks like a classic windbreaker, yet Rebound is the brand’s most technical piece for Spring/Summer 2016. It’s fully seam sealed and, as a result, the material is 100-percent waterproof as well as breathable. The jacket gets a DWR finish to shed weather even in a heavy downpour. Nau said the key to the material is that it delivers a smoother drape and quieter hand than other waterproof and breathable material they’ve tested.

If any form of insulation has a target on its back, it’s down. The material is challenged with finding a way to be waterproof and blend with synthetics. Not to mention it’s costly, breathes poorly if you’re active, and makes it so you still need to block the wind with a shell. However, a piece like Mountain Hardwear’s Micro Thermostatic Hybrid Jacket, $155, uses the company’s proprietary Thermal.Q Elite, specifically designed to mimic down’s loft (so like goose feathers, it bounces back after compression), but breathes better and isn’t vulnerable to inclement weather. It’s also tough with micro Ripstop nylon on key zones like arms and shoulders, and stuffs into its own pocket. 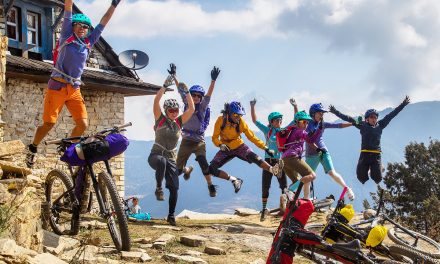 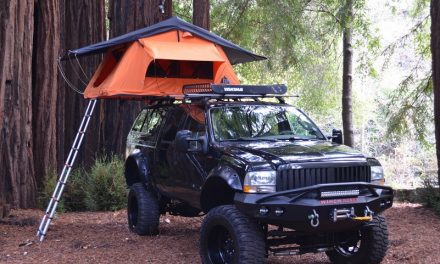 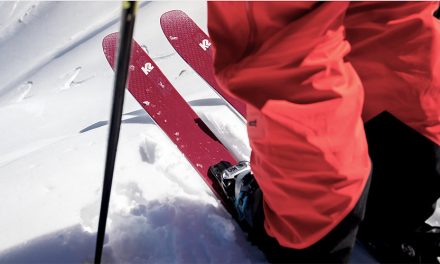 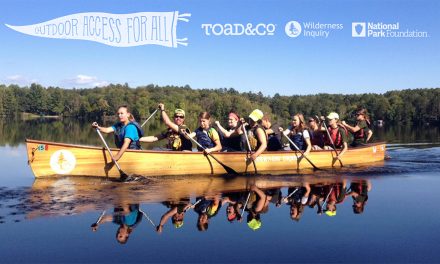 Adventurers Of All Abilities