Speaking at Wells Fargo Securities Consumer Conference, President and CEO Oscar Feldenkreis said golf apparel revenues grew 16% in the second quarter. The gains were led by the introduction of the Callaway line but the company is “still seeing a lot of momentum” in its PGA Tour, an exclusive at J.C. Penney, and Grand Slam, an exclusive at Kohl's.

Feldenkreis also said the company is seeing “good growth” in the swim and action sports businesses. He said the Nike swim business “”continues to be very strong, as well as the action sports with Gotcha and Redsand.” The Gotcha brand is growing at Sears on the wholesale side but is also seeing licensing growth.

Overall, management focused on continuing the growth of the men’s business, which the company said has outpaced sales of the brand’s other business segments. Likewise, management said Perry Ellis has turned around its recent acquisition of the Laundry women’s line, and expects the line to be profitable going forward. Management also its Perry Ellis brand is seeing strong sell-through at regular pricing.

Regarding its fiscal 2010 outlook, financials, management is projecting the men’s wholesale business up in the high-singles with the Perry Ellis men’s business up similarly. For the action sports segment, sales are expected to increase mid- to high-single-digits. Company EPS is expected to range between $1.53 and $1.68, a double-digit increase over year-ago numbers. Spring pre-orders are up double-digits, according to management, and the company’s retailers are expecting a “much stronger spring season” than the year-ago period.

Looking to 2011, spring pre-orders are up double-digits, according to management, and the company’s retailers are expecting a “much stronger spring season” than the year-ago period.

Regarding M&A, Feldenkreis said that since 2008, there hasn’t been “a tremendous amount of deals,” but he sees overall activity picking up.”I think that maybe some of the hedge funds that did acquire businesses out there in the apparel sector in 2004, 2005, '06, they might come due now and they probably want to capitalize on those investments,” said Feldenkreis. 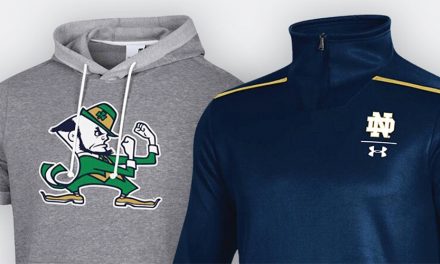 SGMA Study: Industry on the Rebound