Perry Ellis International reported a sharp uptick in earnings on an adjusted basis in the third quarter ended Oct. 31 with the help of cost controls. Revenues declined 2.8 percent with growth across its key lifestyle brands of Perry Ellis, Rafaella and Golf Lifestyle.

Oscar Feldenkreis, president and chief operating officer of Perry Ellis International, commented: “We had a strong third quarter highlighted by growth across our key lifestyle brands of Perry Ellis, Rafaella and Golf Lifestyle, expansion in gross margin and expense discipline which drove a more than fivefold increase in adjusted diluted earnings per share. We delivered excellent operating results by staying focused on what we do best — bringing relevant, innovative product to the marketplace, amplifying our relationships with consumers and driving operational excellence into every area of our business. Revenues declined in total driven by the strategic sale of C&C California and the transition of certain exclusive labels to our national, lifestyle brands. We ended the period in a strong position with inventory down 7 percent from the prior year and our brands and businesses positioned to capitalize on the holiday season. Overall, I believe today's results speak to the power of our global lifestyle brands and platforms which performed well in what is proving to be a mixed retail environment.”

Feldenkreis concluded: “We will continue to execute on our successful business strategy. We are excited to move into the holiday and spring seasons with a strong order book, solid product selling and improved profitability. We believe that our combination of market leading brands, great product and world class execution provide an on-going opportunity to enhance our leadership position and drive superior value to our shareholders, customers and partners.”

Total revenue for the third quarter of fiscal 2016 was $205.4 million, down slightly from $211.4 million reported in the third quarter of fiscal 2015. The company realized increases in its core global brands, Perry Ellis, Rafaella and Golf Lifestyle, across international, licensing and direct-to-consumer (DTC) businesses. This was offset by the loss of revenues associated with the divestiture of C&C California as well as private and exclusive brand reductions over the prior year. The reduction is in line with the company's continued focus to narrow its portfolio to our national brands and to steer smaller brands to a licensed model.

Update on Strategic Priorities for Fiscal 2016 to Enhance Profitability

The company continues to concentrate on the successful execution of its growth and profitability plan to continue to strengthen its industry leadership, reach new consumers and drive continued growth.

“Fiscal 2016 is on track to be a very strong year for Perry Ellis International, driven by strong performances in our global branded business, International and Direct-to-Consumer platforms,” said George Feldenkreis, Chairman and Chief Executive Officer, Perry Ellis International. “And while we see some retail headwinds in the marketplace, our fundamentals remain solid and we have great confidence in our ability to provide sustainable, long-term returns for our shareholders.” 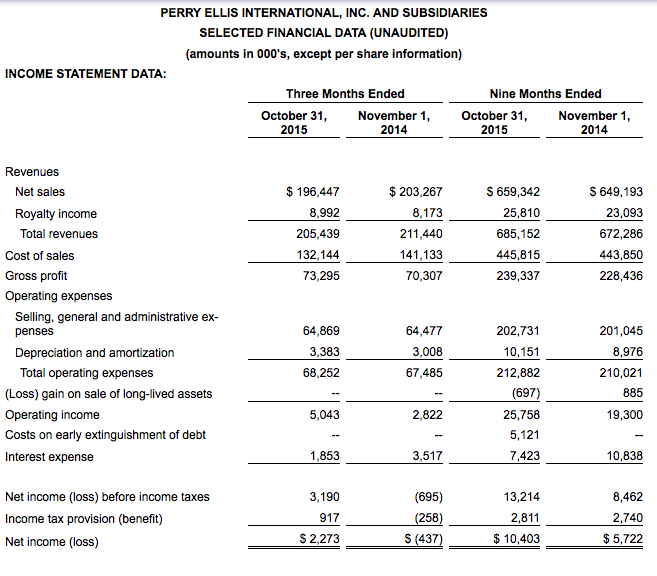 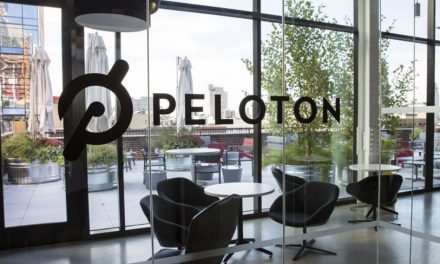