Perry Ellis International Inc. appointed its eighth and ninth members of its board of directors in the forms of Joe Arriola and Linda Platzner.

Arriola was the founder and chief executive officer of Avanti Press, Inc. until Feb. 2001. Major clients of the company included Federated Department Stores, Dillard’s, Neiman Marcus and Nordstrom. He received Supplier of the Year Awards in 1993 and 1995 from the National Minority Supplier Development Council. Arriola remains very active in the Miami-Dade community. In 1996, he received the Businessman of the Year from Florida Memorial College and was presented by Ford Motor Company with a Community Citizenship Award. He has served on numerous Boards of Trustees including positions at the University of Miami, the Orange Bowl Committee and the Public Health Trust. Arriola currently serves as the city manager for the city of Miami, a position he has held since 2003. His achievements include a complete overhaul of the senior management structure of the city, expense reduction programs that have saved the city millions of dollars, and oversight of the conversion to state-of-the-art computer systems.

Platzner formerly served as executive vice president of PRIMEDIA and president of Seventeen Magazine Group, where she oversaw the domestic and international brand marketing of the teen properties. Her experience includes developing and selling major cross-media programs to Wal-Mart and JCPenney and creating television partnerships with the Fox network. Platzner has developed sources of licensing revenue by growing home decor lines including linens, paint, wallpaper and textiles.

Commenting on the appointments, George Feldenkreis, chairman and chief executive officer of Perry Ellis International, said, “We are putting in place additional leadership that understands our business. Joe is a strong leader who believes in getting the job done. He has achieved his success by encouraging the relationship between team-building, collaboration and results, with an outstanding career as an entrepreneur and business-builder. Linda’s broad marketing experience will make her an essential contributor as we maximize the strength of our brand portfolio. As a brand driven company, Perry Ellis will continue to develop lifestyle offerings that appeal to our retail partners and consumers.” 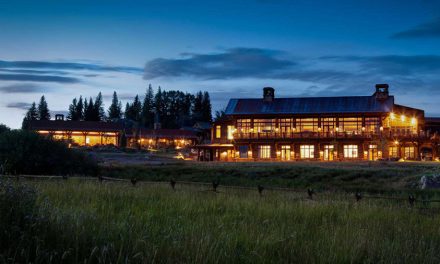 Vista Outdoor Spin Off Back On