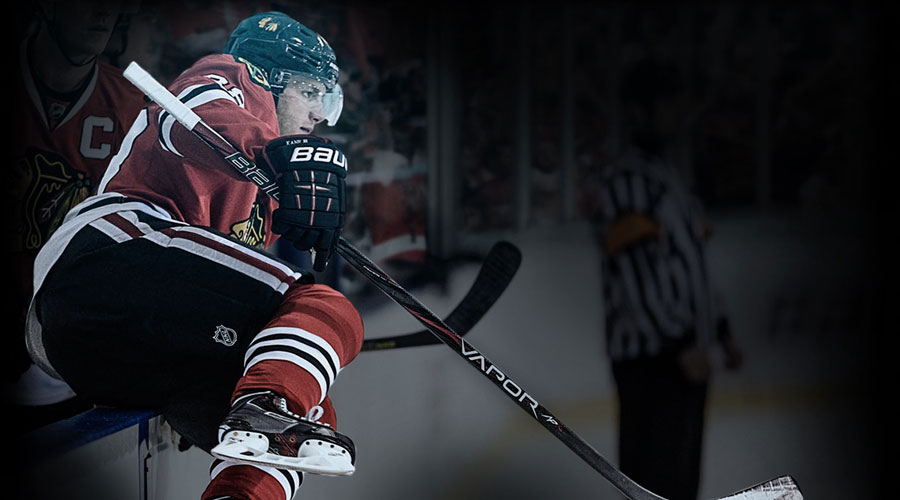 Performance Sports Group Ltd., the parent of Bauer, filed for bankruptcy protection in the U.S. and Canada to facilitate a sale of almost all of its assets.

In connection with the restructuring process, the company has entered into an asset purchase agreement with an acquisition vehicle to be co-owned by an affiliate of Sagard Capital Partners, L.P. and Fairfax Financial Holdings Limited, pursuant to which the purchaser has agreed to acquire substantially all of the assets of the company and its North American subsidiaries for U.S. $575 million in aggregate, assume related operating liabilities and serve as a “stalking horse” bidder through the restructuring process.

The purchase agreement sets the floor, or minimum acceptable bid, for an auction under the supervision of the courts, which is designed to achieve the highest available or otherwise best offer. The proceeds to be received on the closing of the acquisition should be in excess of the company’s outstanding secured indebtedness and are expected to provide meaningful recoveries to the company’s other stakeholders. A final sale approval hearing is expected to take place shortly after completion of the auction with the anticipated closing of the successful bid to occur in the first quarter of calendar year 2017, subject to receipt of applicable regulatory approvals and the satisfaction or waiver of other customary closing conditions.

Debtor-In-Possession Financing
To provide working capital for the company’s operations and to fund the auction and sales process during the restructuring process, the company’s existing asset-based lenders and the purchaser have committed to provide the company with an aggregate of U.S. $386 million in debtor-in-possession (DIP) financing. Subject to approval of the courts, U.S. $25 million of the DIP financing is available to the company immediately, with the balance of the financing to be available upon the courts’ approval at a second  hearing, expected to be held on or about November 30, 2016 . The company will use the DIP financing, once approved by the courts, to, among other things, refinance its term loan credit agreement, dated as of April 15, 2014 , as amended and fund day-to-day operations in the ordinary course of business.

Harlan Kent , chief executive officer, Performance Sports Group, said: “The agreement we have reached with Sagard Capital and Fairfax Financial is a testament to their confidence in the future of our business and all of our great brands. We believe that pursuing a sale through a court supervised restructuring process represents the best path forward for our customers, vendors, retail and business partners, employees and other stakeholders. While the sale process is underway, our employees will remain focused on serving our customers and consumers and delivering our industry leading products and brands. Our on hand inventories, and normal procurement activities to date, position us well to fulfill our customers’ orders. With new financing from Sagard Capital, Fairfax Financial and our lenders, we will have adequate liquidity to fund our ongoing operations.”

Paul Desmarais III , executive chairman of Sagard Capital, said: “Performance Sports Group owns some of the most iconic, innovative and valuable brands in sports. Our plan provides financial stability to PSG to ensure that it can maintain operations and serve customers and retail partners throughout the court process. As long-term shareholders, our goal is to support PSG’s management in preserving and growing the value of PSG’s market-leading franchises to build a strong, successful business.”

Paul Rivett, president of Fairfax Financial, said: “Over the last 90 years, Performance Sports Group has developed the most recognized names in hockey, baseball and lacrosse with a long-term commitment to quality and innovation. We look forward to working with Sagard Capital to provide the benefits of stable, long-term ownership to Performance Sports Group through this transitional restructuring process and hopefully after completion of the sale process.  We are confident that Performance Sports Group will continue focusing on innovating the sports equipment that people around the world know and love.”

Courts Proceedings Under The Restructuring Process
The company intends to use the proceeds from the DIP financing to pay for all goods and services from vendors provided after the Chapter 11 and CCAA filing date in accordance with their current terms. In addition, the company has filed a number of customary pleadings seeking authorization from the courts to pay certain pre-petition obligations, support its business operations and transition them through the Restructuring Process. These include the payment of employee wages, salaries and benefits, and certain obligations to vendors.

In connection with the proceedings to be commenced today in the Ontario Superior Court of Justice under the CCAA, the company intends to seek approval for the appointment of Ernst & Young Inc. as monitor. In that capacity, Ernst & Young Inc. will work with management throughout the Restructuring Process while overseeing the CCAA proceedings and reporting to the Court.

Following completion of the Special Committee’s strategic review, after careful consideration of all available alternatives and having given due consideration to the interests of all stakeholders, the boards of directors of the company and each of its North American subsidiaries, upon the unanimous recommendation of the Special Committee and with the assistance, input and advice from legal and financial advisors, have determined that entering into the purchase agreement and seeking protection under Chapter 11 and the CCAA is in the best interests of the companies and should ultimately result in improvements to the business’ liquidity and capital structure which are necessary to put the business on a firm financial and competitive footing in the current business environment.

Delay In Filing Of Annual Report On Form 10-K And Default Under The Existing Loan Agreements
On August 15, 2016 , the company announced that its Annual Report on Form 10-K, including its annual audited financial statements for the fiscal year ended May 31, 2016 and the related management’s discussion and analysis would not be filed by the required filing date of August 15, 2016 . Concurrently with such announcement, the audit committee of the Board announced that Richards Kibbe & Orbe LLP and Alix Partners had been retained as independent legal counsel and financial advisor, respectively, to the Audit Committee to conduct an internal investigation in relation to the finalization of the company’s financial statements and related certification process. While the Audit Committee and its advisors have worked diligently to advance the Investigation, at this time, it remains uncertain when it will be completed.

The company obtained a 60-day extension through October 28, 2016 from the lenders under the Existing Loan Agreements to file its Annual Filings along with the company’s first quarter filings. In light of the fact that the Investigation remains ongoing and the timing for finalizing the Annual Filings remains uncertain, the company was unable to deliver the requisite annual audited financial statements resulting in defaults under the Existing Loan Agreements as of October 28 , 2016.

Customer Credit, Business And Liquidity Issues
The performance of the company’s business in fiscal 2016 and fiscal 2017 to date has been significantly impacted by adverse market and economic conditions and related customer credit issues. The baseball/softball market experienced a significant downturn in retail sales across all product categories, but particularly in the company’s important bat category. This weakening of consumer demand, coupled with the Chapter 11 filing by one of the largest U.S. national sporting goods retailers and the bankruptcy of an internet baseball retailer, has reduced the company’s sales with respect to baseball and softball products.

The consolidation of hockey retailers in the U.S., and the bankruptcy of a key U.S. hockey customer, has reduced customer demand for products as the company’s customers have continued to reduce their inventory levels. The company’s results throughout fiscal 2016 and fiscal 2017 to date have also continued to be impacted negatively by foreign currency exchange rates, specifically, the depreciation of the Canadian dollar and other world currencies relative to the U.S. dollar.

While the company has attempted to address and mitigate many of these issues, including through its cost savings and profitability improvement initiatives, and corporate restructurings (including of its baseball/softball segment), the challenges of the company’s business when taken together with the significant costs the company has incurred, and expects to continue to incur, in connection with, among other things, completing the Investigation, defending certain securities class action litigation and responding to regulatory investigations and inquiries, have given rise to significant liquidity and cash flow constraints. It became increasingly apparent during the course of the Special Committee’s strategic review that absent the legal protection afforded through the Restructuring Process, the company’s cash flow position would continue to deteriorate.

Court filings and other information related to the Court-supervised proceedings are available at a website administered by the company’s claims agent, Prime Clerk, at https://cases.primeclerk.com/PSG.