PeopleForBikes Ranks Best Places to Bike In The U.S. 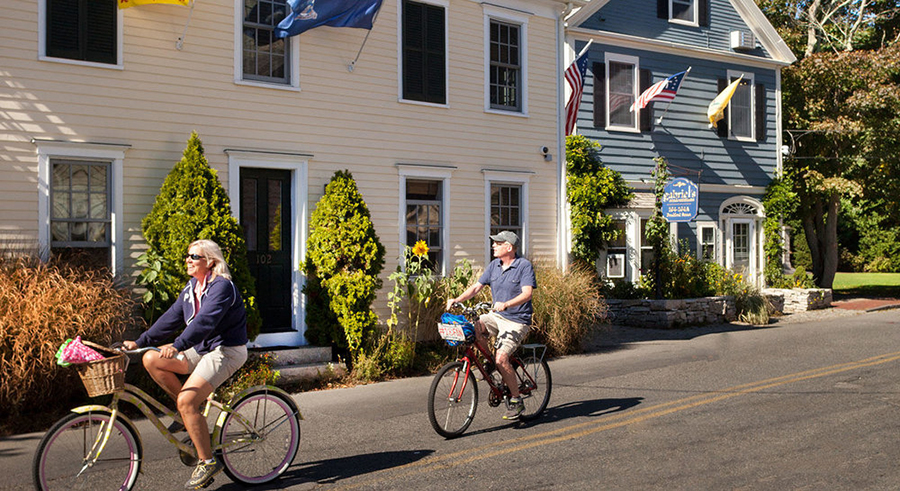 For the sixth consecutive year, PeopleForBikes, in partnership with Trek Bicycle, published its ranking of the best cities in the U.S. to cycle. Of the 1,058 cities ranked, the top three for 2022 are Provincetown, MA; Davis, CA; and Fayette, MO.

The ratings account for speed limits, infrastructure, safety, and community input from cyclists who bike in the city. Cities are scored and ranked using PFB’s Bicycle Network Analysis and Community Survey, resulting in an overall score of 1-to-100.

“The Bicycle Network Analysis (BNA) tool provides the basis for each city’s score, demonstrating how easy it is for residents to get to key services like grocery stores, employment, healthcare, and more,” said Rebecca Davies, city rating program director. “Not only does the BNA highlight if riders can get to these places, but it also shows how safe it is to do so by ranking streets as high or low stress based on factors like the quality of bike infrastructure and street speed limits. When combined with our community survey, we are not only able to see what the maps of these cities tell us, but also what the people riding in these cities think about biking where they live, work and play.”

Also included in the report are the ten U.S. cities offering actionable lessons to improve cycling locally, including youth engagement, connecting bike networks and building trails for all skill levels.

“Our goal is to work with the bike industry, advocacy partners and elected leaders to make America the best place in the world to ride a bike,” said Jenn Dice, president and CEO, PeopleForBikes. “One of our main strategies to achieve this vision is prioritizing the construction of safe, connected bike infrastructure. By evaluating and comparing cities’ bike networks across the U.S., our city rating program helps benchmark progress and share lessons for success.”

While cities may lack the infrastructure and policies for the best biking conditions, PFB’s research indicates ways to improve, including lowering speed limits. “Respected studies from groups like American Association of State Highway Transportation Officials (AASHTO) and the Lund Institute in Sweden highlight that just a 10 percent reduction in speed on streets results in 34 percent fewer fatal crashes,” said Davies. “Not only can cities quickly improve their scores by reducing speeds, but they also create safer places to ride in the process.”

Notable stats from this year’s research include Seattle’s five-point jump in score from 54 to 59 and consistent but smaller score increases from most large cities, including Brooklyn, San Francisco, Philadelphia, Portland, St. Paul, and Detroit. The city with the highest community survey score of 70 was Bentonville, AK.