“Our sights are set on revolutionizing the way America shops, and having the best leaders in place is instrumental to helping us fully realize this vision,” said jcpenney CEO Ron Johnson. “We're rethinking every element of the retail business and there's no better way to re-imagine the possibilities than to tap the proven abilities of our own extraordinary talent along with the fresh perspectives offered by industry experts new to our organization.”

As jcpenney continues to deliver an exciting array of apparel and home furnishing brands, the following individuals will lead merchandising initiatives across the Home and Men's divisions under Chief Merchant Liz Sweney.

John Tighe, SVP and former general merchandise manager of the jcp Home division, will become general merchandise manager of the Men's division. In his new role, Tighe will lead the team responsible for curating powerful, relevant brands and bolstering private and national brands that will inject a new level of style into its menswear assortment. Tighe joined the Company in 2002 as a senior buyer, and has held a variety of positions of increasing responsibility including DMM of juniors' sportswear. Prior to joining jcpenney, Tighe spent 12 years at May Department Stores in various merchandising roles within men's, young men's and juniors. Tighe also spent two years with Meier and Frank as a divisional merchandise manager in juniors.

Preston Moxcey joins jcp as the divisional merchandise manager for men's clothing and accessories. Moxcey will work closely with the Men's team to curate a best-in-class menswear assortment. Moxcey comes to jcp from Nordstrom, where he spent 11 years in positions of increasing responsibility, most recently as the national merchandise manager for men's furnishings and accessories. Moxcey will report directly to John Tighe.

Bob Peterson has been appointed to SVP, operational strategy, and will be responsible for identifying and evaluating key business opportunities and strategic alliances. Peterson joins jcp from Piper Jaffray where he held several distinguished roles over his 20-year career with the company. Most recently, he led the global equities business and spearheaded several initiatives to increase the efficiency of the team. Prior to that, Peterson served as head of the Private Client Services business, where he helped to transition the business to a wealth management model and execute the sale of the division to UBS. Peterson started his career with Piper Jaffray as a research analyst, eventually leading the entire research team for five years.

The following individuals will play a significant role in guiding operational strategies across the Company, and will report to Chief Operating Officer Mike Kramer.

Thorsten Weber has been promoted to SVP, merchandising planning and allocation, where he will continue to lead our merchandising planning and allocation efforts. Weber has a wide range of retail experience, having held multiple roles of increasing responsibility for the Company since 2002. Prior to jcp, he worked for Kaufmann's department stores, progressing through their merchandise training program, ultimately holding the role of buyer. 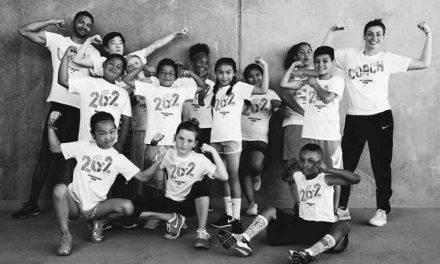