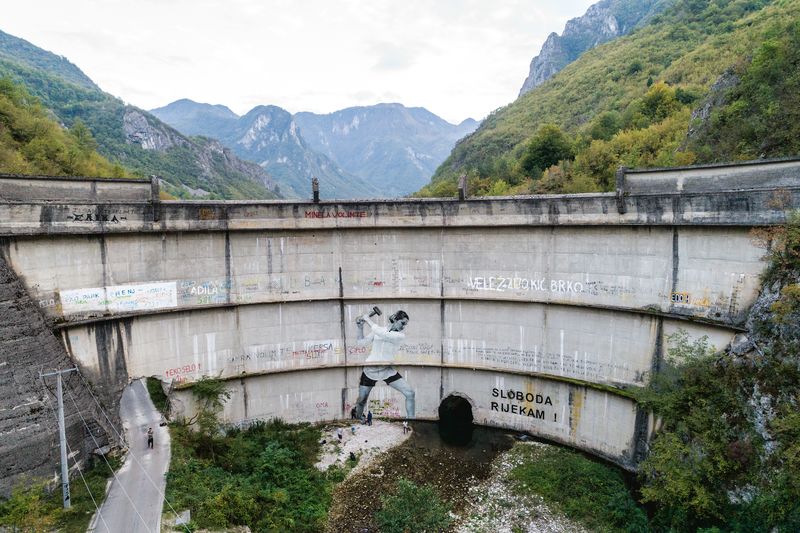 Patagonia launched the Blue Heart website and petition urging international banks to stop investing in the destruction of Europe’s last wild rivers, and released a preview of Blue Heart, its upcoming documentary film. The multimedia campaign is aimed at protecting the Balkan region from more than 3,000 proposed hydropower projects and meant to bring international awareness to a potential environmental disaster. In the Balkan Peninsula between Slovenia and Albania, hydropower projects threaten to destroy the richly diverse culture, history and ecology of the region known as the Blue Heart of Europe.

Local activists living along these rivers are fighting to save their homes and the rivers and lands that define them. Vigilant and steadfast women from the village of Kruščica, in Bosnia and Herzegovina, sat night and day for almost a year in peaceful protest to protect their communities’ rivers and their only source of drinking water, enduring physical violence from authorities to do so. European and local NGOs led by RiverWatch and Euronatur are opposing government corruption and foreign investment that fuels this hydropower gold rush.

Patagonia is joining with local communities and NGOs in Bosnia and Herzegovina, Albania and Macedonia to put pressure on foreign developers and banks that are pouring over €700 million to fund the dam-building projects—this according to the Bankwatch report, which was released globally on March 16, 2018. One third of the dams and diversions are planned within sensitive protected areas, including 118 in national parks. If this fierce local opposition fails, communities will be displaced and the last undammed watersheds on the continent will be irreversibly damaged.

Patagonia’s Blue Heart website features this endangered and forgotten region and details why hydropower dams are dirty technology that don’t belong in the green energy mix. Patagonia, along with NGO partners, is asking concerned citizens around the world to sign the petition to stop the funding of these dams and protect the last wild rivers of Europe.

“I believe this wild place requires and deserves protection,” said Patagonia founder Yvon Chouinard. “It’s a waste of money and a moral travesty that some of the world’s largest financial institutions have embraced this outdated and exploitative technology and are financing new dams in some of the last wild places in Europe. This is a fight too important to ignore.”

While the movement to decommission deadbeat dams and shift to truly clean energy is growing worldwide, the number of proposed projects in the Balkan region has doubled since 2015. Ninety-one percent of the proposed dams and diversions will provide very little energy and are extremely expensive to build and maintain. Because of their size, they require no environmental impact assessment.