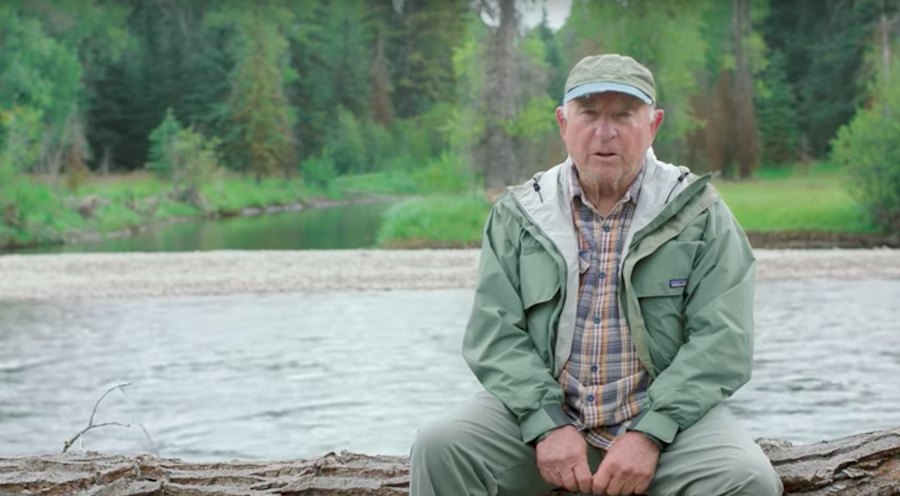 Patagonia is planning to run its first television commercial in its 45-year history to urge support for protecting America’s public lands.

The ad, which features Yvon Chouinard, Patagonia’s founder, can be seen here.

In a note released to media, Corley Kenna, Patagonia’s senior director, global communications and public relations, said that in a nearly $700,000 media buy, Patagonia has purchased statewide television and radio time in the state of Montana, the home state of Interior Secretary Ryan Zinke. The ad reminds Zinke of his past comment, “Our greatest treasures are public lands.”

Additionally, the company purchased television and radio in Utah because Bears Ears and Grand Staircase Escalante National Monuments could be recommended to be rescinded. Patagonia will also be on the radio in Nevada where Gold Butte and Basin and Range National Monuments are also under threat.

“We intend to spread even more awareness by promoting the ad on social and digital media and it will be on the homepage of our website,” said Kenna.

“To run our first-ever television ad, Patagonia chose this issue and this time because it is that important,” added Kenna. “We don’t know of any other company currently running persuasion ads on television targeting the administration, and for us, this is an issue we have been advocating for since our founding.”

In a statement, Patagonia President and CEO Rose Marcario said, “The national monuments under review are a critical part of our national heritage and these lands belong not just to us, but to future generations.  We stand with the millions of Americans who spoke out in support of keeping protections in place for public lands.  We hope Secretary Zinke will remember his roots and his words and protect these ‘national treasures.’”

Kenna added in her note, “This is not about politics or partisanship – it’s about standing up for places that belong to future generations. We want to raise awareness of history’s lesson that when public lands are turned over to states that can’t afford to maintain them, the result is the land is often auctioned off to private companies who irrevocably damage them and deny access to them for all of us. Whether you are a hunter or a hiker, an angler or a climber, we want you to join us in this fight to ensure access and protection for our public lands.”

Kenna noted that there is limited time before Secretary Zinke makes his August 24th decision on the remaining 21 national monuments “and it is our hope that he will follow in the tradition of President Teddy Roosevelt and conserve our shared public lands for future generations. But no matter the outcome we won’t stop fighting to protect our public lands and we believe the voices of the people will be heard.”

The script of the ad is below:

“I can be a pretty cynical guy. The one thing that really keeps me going are these wild places that are the real soul of this country.

A great part of my life I’ve been climbing and fishing and hunting on public lands. I’ve been a successful businessman because of the lessons I’ve learned in the outdoors. Our business is built on having wild places.

Public lands are under threat now more than ever because you have a few self-serving politicians who want to sell them off and make money. Behind the politicians are the energy companies and the big corporations that want to use up those national resources. It’s just greed – this belongs to us – this belongs to all of the people in America. It’s our heritage. I hope my kids and grandkids will have the same experiences that I had.

Our Secretary of the Interior Zinke has said he believes in public lands. Let’s hold him to it. Let’s let him not back down on that.”

The commercial ends with a call to action asking individuals to text “DEFEND” to 52886 by August 24th.

Bauer Sets Secondary Offering of Shares by the Kohlberg Funds

L.L.Bean Partners With Hike It Baby