Patagonia launched a crowdsourced art campaign inviting artists & designers to create a collection of designs to express why they believe the environment is the #1 issue in the upcoming election and inspire people to vote  especially young people. According to a Harvard University study, only 23 percent of Americans ages of 18-29 say they will definitely vote this midterm.

Patagonia worked with top graphic artists Alex Trochut, Natas Kaupas and Eric Junker to produce three new “Vote the Environment” t-shirt designs available at Patagonia retail stores and online today. The campaign is open for anyone to contribute their own designs  part of Patagonia’s longstanding series of “Vote the Environment” campaigns to inspire voter engagement around the environmental crisis.

“We’ve rooted our business in the environment  we want to act responsibly, live within our means, and leave behind a planet we would want to live in,” said Patagonia CEO Rose Marcario. “We need leaders who will act on behalf of the future and the planet and we know art can create a sense of pride and urgency and inspire real action for this movement.”

The campaign is not a contest, and all submitted designs that meet the contribution requirements will be featured in the online gallery made available for sale as posters to spread the message. Forty percent of any net sales go directly to the artists, and 30 percent goes to support voter registration through HeadCount, a non-partisan organization that uses the power of music to register voters and promote participation in democracy. Posters may also be turned into buttons, stickers, signs, etc. and shared virtually in support of this broader movement.

The new “Vote the Environment” website provides resources allowing people to register to vote in their state, gives information on candidates scored by the League of Conservation Voters according to environmental issues, invites artists to showcase their work and features information about the artists. Five dollars from the sale of these shirts in Patagonia retail stores and online goes to HeadCount.

“We face a great crisis: climate change, extinction, destruction of wild places,” said Lisa Pike Sheehy, Patagonia’s global director of environmental initiatives. “That’s why we must support candidates who push hard for clean, renewable energy, restore clean water and air and turn away from risky, carbon-intensive fuels. We cannot afford to sit out this election.”

While the millennial generation does not show a large interest in voting, they consistently express passion and awareness for environmental issues. The “Vote the Environment” designs will allow people to display their support of environment and stress the importance of political participation to keep it protected.

In 2012, Patagonia successfully ran a similar campaign by partnering with the band Wilco to bring awareness to “Vote the Environment.” They set up booths outside each concert during Wilco’s tour in order to garner 110,000+ registered voters through HeadCount.

Pacific Sunwear Will Launch One Thousand Steps in Early 2006 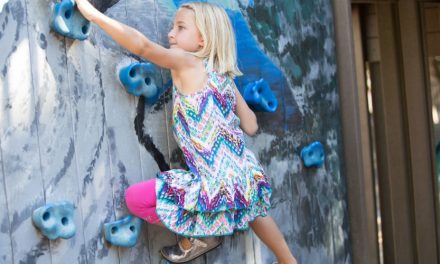 Reimagining the Iconic Mary Jane Into an Active Lifestyle Option

Patagonia Inc. launched its Vote the Environment campaign in which it asks customers to register to vote, learn about candidates' environmental records and vote for the world they want to live in.

Patagonia is one of the only for-profit businesses to engage in a public campaign that aims to sway its customers' voting towards the most environmentally-minded candidates.
Patagonia has partnered with the rock band, Wilco, the non-profit HeadCount and the League of Conservation Voters to achieve the campaign's objectives. The company will also launch a Twitter campaign around the hashtag #becauseilove. People at Wilco shows, in Patagonia retail stores and online will be encouraged to tweet messages and images that complete the sentence “I vote the environment because I love …” in order to personalize the environmental issues at stake in this election. The #becauseilove tweets will be displayed in real-time at Wilco shows, in Patagonia stores across the country and online at Patagonia.com thanks to a technology partnership with Austin-based social integration company Mass Relevance.
Vote the Environment, along with voter registration group HeadCount, will accompany Wilco on tour this summer, with a booth at each US-based show. Additionally, Wilco has donated an exclusive version of their song “Whole Love” – the title track from their Grammy-nominated album The Whole Love. 100% of the proceeds from the sale of this song benefit HeadCount.
Customers will also find a special edition tee from Patagonia celebrating Wilco and Patagonia's support of HeadCount; five dollars from the sale of each tee will go to HeadCount.
“Given the current state of American politics, it's easy to see why people become disillusioned and don't participate in the system,” notes Jeff Tweedy, Wilco's lead singer, “But my hope, and my reason for this partnership with Patagonia, is to remind people that they do have a voice, and voting is an effective and undeniable way to be heard. And nature, while powerful, needs our voices and votes to protect and preserve it.”

The social media component of the Vote the Environment campaign is designed to get customers thinking about what aspect of the environment matters most to them, and inspire voting that will preserve what they love. The company's hope is that customers will spread the “I vote the environment #becauseilove…” on their social networks to get the word out about “voting the environment” in November.

“People protect what they love,” says Patagonia's founder and owner Yvon Chouinard, “It's time to hold our candidates accountable to environmental issues: if you care about clean air and water, how do the candidates on the national, state and local levels measure up on those topics? Get informed before casting your vote.”