The shift in the timing of Outdoor Retailer Summer Market to earlier July dates this year, coupled with the current economic conditions, has apparently caused many specialty paddlesports retailers to forgo attendance of the show this summer. According to most of the vendors who spoke with The B.O.S.S. Report, Nielsen and OR have certainly made an effort to accommodate the needs of the paddlesports community, but unfortunately nothing can be done to eliminate the buyers need to remain in-store this time of the season. Many vendors are apparently offering “scholarships” to retailers, to encourage them financially to attend, but even this isnt working for many retailers. Now, paddlesports vendors are looking for new ways to communicate with their key retailers.

“Theres no question in my mind that it [the current tradeshow date] works for some people but doesnt work for a lot of people,” said Andy Zimmerman with Legacy Paddlesports. “We are totally specialty-oriented  we sell virtually no chains, which means a lot of the store owners that we sell are making hay in July, theyre harvesting, they dont have time to plant seeds.”

Zimmerman said that he reduced Legacys footprint on the show floor because of feedback he received from several of his larger dealers. However, he remains optimistic and is pleased with OR show managements efforts to attract retailers.

“With the show change, OR has worked feverishly to try and get new people there, renewed interest, make us feel good about their effort. With all the effort theyve made, and I applaud them for it,” Zimmerman said.

Confluence will maintain their 6,000 square foot booth space at OR this year, but Cheri McKenzie, the companys chief marketing officer, notes that retailers are having a difficult time justifying the expense given the new timing and the new economic conditions.

“Many have opted to attend the regional shows following OR — they can not be out of their stores during their busy season,” McKenzie told The B.O.S.S. Report. “This has been further compounded by the economy as they are also looking at ways to save cost.

“Earlier show dates have impacted all of us in this industry — we have to balance the needs of sales coverage with show coverage as well because the show falls during our busiest season,” McKenzie concluded.
To cope with this change, Confluence is relying more on their rep force. “We have a direct sales team that continues to stay in close touch with our retailers, supporting demos and clinics, and being in their shops on a regular basis,” said McKenzie.
Johnson Outdoors will not be exhibiting at OR this year, but the company is using several new tools to communicate with its retailers. Scott Forristall, business director for Johnson Outdoors paddlesports, cites the poor economy as the main reason for this decision, saying that the show has always fallen in the middle of the busy season. “This year weve really had to tighten our belts, and make some tough spending choices. We think OR is a great show, and once the outdoor rec market rebounds, were open to returning,” he said. “Over the past few years we have held a series of regional dealer conferences and plan to host three more this summer, two on the east coast and one on the west coast. Weve learned so much at these, which have helped us develop more effective marketing and sales programs that better meet our retail partners needs. We feel the quality of time were able to spend with our partners at our regional get-togethers cant be matched in any other setting.”
Werner Paddles is using several communications vehicles to communicate with retailers, including online video, and more traditional dealer clinics. “July is the busiest month for most of our dealers,” said Jim Miller, marketing manager for Werner Paddles. “We have created a very flexible method for delivering our new product, pricing, program and support message to our dealers.  We have a three pronged approach. First, we will be hosting a web-based conference with a concise presentation featuring streaming video.  Second, we will archive this conference, making it available on the dealer resource section of our web site. Dealers can view it at their convenience.  Finally, because we have a 100% dedicated rep force, the reps will be hitting the road to meet face to face with dealers.”
Esquif will be focusing mainly on regional rep shows this year to communicate with their dealers in person. “We were expecting the season to be slow and the date was earlier. A few of our customers said they werent going to come because they had to run their store at that time  it was the peak of their season,” said Jacques Casse, owner of Esquif. “We are a small company based in Canada, we do everything here  so for us, because of the customers that wont show up because were not selling clothes, were not selling shoes, we decided to focus more on specialized promotional shows and rep shows for paddle sports.”
Many regional rep groups have seen success catering to paddlesports dealers. EORAs Sturbridge show in Massachusetts in mid-September is described as primarily a watersports-based show for both the Northeast and Mid-Atlantic regions. According to EORAs executive director, Debbie Motz, the Sturbridge show was an incredible success last year and she expects even bigger things this year. “The Sturbridge watersports show was very well attended last year and I anticipate that it will grow considerably this year,” said Motz. “It is really going to blossom this year. The reps were incredibly supportive of the show and we are seeing more and more of a presence from the corporate executives. We even have several manufacturers who have contacted us for booth space this year.”
The demand for a new industry communications vehicle between paddlesports vendors and retailers is apparent. However, there seems to be no clear next step for the industry. Legacys Zimmerman described the situation, “Theres no better show for the outdoor industry. The question is, is there a better show for the paddlesports industry?” 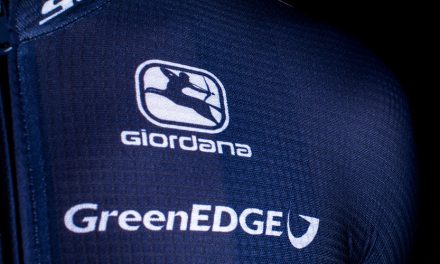