Pacific Sunwear of California Inc. is looking to cut another $15 million in annual costs and possibly sell and leaseback buildings in a bid to shore up its finances following a disappointing fiscal second quarter.

The company announced the moves, as well as the replacement of it CFO, Sept. 8 after reporting disappointing sales resulted in a big decline in same-store sales and a doubling in non-GAAP losses in the fiscal second quarter ended Aug. 1.

“We are clearly disappointed with our Q2 results,” said Gary H. Schoenfeld, President and CEO. “Having been a relative outperformer in both comp sales as well as merchandise margins throughout 2012, 2013, and 2014, our most recent performance has lagged the overall market and candidly is well short of our own expectations.”

Schoenfeld attributed the disappointing results to weak sales of seasonal products, declining traffic at about a third of its stores, shallow store inventories and poor non-apparel sales in both men's and women's.

Seasonal items disappoint
Sales of key seasonal categories,  including shorts, swim and sandals were down in both genders and were the primary causes of disappointing results in the second quarter.

“There's nothing all that exciting in terms of a shorts trend in men's or women's,” said Schoenfeld. “And there was a lot of price competition.”

He added that margins increased in women's swim, even though average price customers paid for a top and bottom has fallen to just $30 from  about $80 four years ago.  Women's non-apparel remained a challenge.

Low-performing locations
A second cause of the disappointing results was a significant disparity between the company's 400 top-tier stores and 200 low performing stores, where traffic continues to decline.

How many of those it closes hinges on whether and what kind of short-term rent deals and other incentives landlords offer.  It remains on track to end 2015 with about 590 stores in calendar 2015, down from 832 2011.

“If you look down the road, we are probably closer to 500 stores than we are 600 stores,” said Schoenfeld.

“I think we've made some things a little too complicated,” said Schoenfeld. “And we ask a lot of our stores every week between different tiers and different categories and movement of product, flow of product. And as a result of that, not put as many non-selling hours to how we execute and also being able to, as a result of that, broaden a bit of the span of control at the DM level and at the regional level.”

Finally, PSUN struggled so much with non-apparel categories that it opted to cut its receipts of women's non-apparel “pretty dramatically” in the second and by half for the third quarter  and suspend further purchasing until it can find a better way to approach the category, Schoenfeld said.

$15 million in new cost savings
In case results don't improve by the holidays, PSUN unveiled a plan to eliminate $15 million in expenses in fiscal 2016 with about a half of the savings coming from more streamlined execution in stores, and the other half through a headquarters restructuring. While the intiatives will “strive to eliminate nonessential operational and support functions and processes whereever possible, Schoenfeld decline to say whether PSUN was targeting a certain number of jobs.

He did say the cuts, which will come on top of savings from the closing of another 15 to 20 stores already planned for calendar 2015, will enable PSUN to continue funding customer loyalty and CRM initiatives that will improve assortment planning, promotional planning and markdown expectations. More than 1.2 million people have already enrolled in a PacSun rewards program launched at the end of July.

“We are putting heightened focus on understanding where certain brands perform best and the right depth of inventory and freshness to maximize performance across different stores,” Schoenfeld explained.

CFO departs
At PSUN's headquarters, the pruning started with the departure of SVP and CFO Michael Kaplan and the promotion of Chris Tedford to vice president and interim CFO. Tedford has been with PacSun since 2011 as the company's senior director and controller, having previously been Controller at Clean Energy Fuels Corp. and Multi-Fineline Electronix, Inc., both public companies, as well as a Senior Manager at Deloitte & Touche LLP. He is C.P.A. and has a Masters in Accounting.

Ernie Sibal, who joined the company in 2008 was promoted from senior director to vice president of real estate, construction and strategy. Sibal has been instrumental in the restructuring and management of its real estate portfolio. He has a B.S. in Civil Engineering from Stanford University.

Looking to a fourth quarter rebound
PSUN's newly issued guidance for the fiscal third quarter does not anticipate much impact from the cost cutting initiative. The guidance, which excludes the impact from non-cash adjustments to derivative liabilities – assumes comparable store sales will decline 6.0-to-3.0 percent due in part to continued softness in women's non-apparel.

Net sales are expected to reach $196-to-$203 million; down roughly 4.9-to-7.7 percent. Gross margin, including buying, distribution and occupancy, is expected to slip to 24-to-26 percent compared with 26.7 percent a year earlier. SG&A expenses are expected to decline by $2-to-$3 million, or 3.5-to-5.0 percent. Non-GAAP net loss is expected to increase to 13-to-5 cents per diluted share compared to a loss of 3 cents in the third quarter of fiscal 2014.

While PSUN declined to provide guidance for the fourth quarter, Schoenfeld said he is confident seasonal items such as men's and women's bottoms and long-sleeved shirts will comp positively during the holidays as it deepens store inventories of bottom and long sleeved tops.

In case it does, not PSUN is investigating a long-term sale leaseback for two company-owned properties in Anaheim, CA and its distribution center in Kansas that could result in net proceeds in tens of millions of dollars. 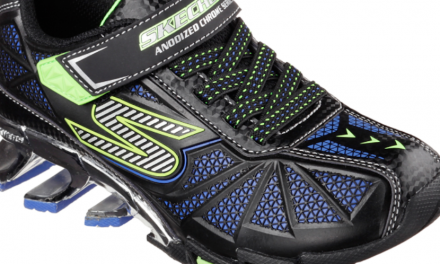