Outdoor industry leaders exhibited some of the greatest optimism in years when asked about their outlook for 2015, even as they acknowledged the usual concerns about broadening distribution, discounting and declining participation  in traditional outdoor activities.

The positives going into the year include an improving job market, lower gas prices, abundant snowfall in the Rockies (Utah) and Japan, an easing of the California drought, and growing interest in fitness. The leading publicly traded U.S. outdoor company's all met or exceeded their earnings forecasts in the third quarter.

“The El Nino weather patterns are bringing much needed snow to the Sierras and that’s wonderful for the whole market since one in five snowboarders, and 15 percent of the downhill ski participant base lives in California,” said Kelly Davis, director of research at Washington D.C.-based Snowsports Industries America.

The backpacking industry was even poised to get a boost at the box office from 'Wild,” Reese Witherspoon's film adaptation of Cheryl Strayed's best-selling memoir “Wild – From Lost to Found on the Pacific Crest Trail.”

“Overall it's going to be a pretty good year economically,” said Greg Thomsen, managing director of Agron Inc., the U.S. distributor for Adidas Outdoor based near Los Angeles. “We are coming out of the fear years and people will be planning more trips and spending more time outdoors. I think we will see a resurgence of road trips.”

“Going into 2015 one of our biggest concerns is the state of the west coast ports,” said Josh Fairchild of Oboz Footwear, a Missoula, MT that is seeing strong growth in its Spring 2015 orders. “The unforeseen delays are making inventory management increasingly challenging.”

Slowing growth overseas
The international outlook is somewhat less sanguine that it was a year ago. Intersport Switzerland, which lost 20 franchisees and saw sales dip in the year ended Sept. 30, 2014 following a disastrous winter, expects sales to decline again in the current fiscal year. Russia, which had been a significant growth market for Canada Goose, Columbia and other winter brands, is expected to spend much of the year in recession as a result of low oil prices and economic sanctions. In China, growth slowed dramatically in the outdoor industry after several years of mid-double digit sales gains. (See related story on Jack Wolfskin).

“Geographically, Europe is weak, based on overall macro-economic forces and a weak start to the winter selling season,” said Gary S. Smith, CEO for Massachusetts-based Polartec LLC. “North America is showing much improved growth, with Asia steady. The key for us, as always, is to drive growth through product innovation and diversify our customer base to reduce dependence on traditional outdoor.”

“From changing demographics to the rise of urbanization and shifting shopping behaviors, we see understanding the consumer evolution as a big opportunity for the industry in 2015,” said Steve Barker, the founder of Eagle Creek now serving as interim executive director at Outdoor Industry Association, which will roll out the findings from a major consumer segmentation study at Outdoor Retailer Winter Market  in three weeks.

Christie Hickman, OIA's vice president of market insights sees continued growth of the active fitness market as presenting some of the best opportunities for outdoor brands.

“Younger shoppers are really focused on health and wellness, as can be shown by the whole fashion trend around athletic,” she said. “That is an area we will be watching very closely because everyone is going there right now. Urban Outfitters and others are seeing it and I would hate for outdoor not to see it too.”

Look for global apparel brands to shift even more of their marketing and IT dollars toward understanding the emerging consumer. Some, like Black Diamond, will sell assets to finance major direct-to-consumer initiatives. Others may reallocate co-op advertising dollars toward their own loyalty programs. The largest companies will continue to add bricks-and-mortar stores and enhance their data mining and mobile initiatives.

Mobile reaches a tipping point
Amazon reported that nearly 60 percent of shoppers accessed their site via mobile devices this past holiday season.

“We may have finally hit the tipping point,” said Larry Pluimer, whose Seattle area company Indigitous helps brands set up and run stores on  Amazon.com. “The implication for brands and retailers is that failing to optimize existing online platforms for mobile may put them at a significant disadvantage relative to their competitors. Mobile optimization and device agnostic commerce is now mandatory, and for many this may require a sizeble investment.”

Amazon will raise the bar further in 2015 by expanding its Amazon Prime two-hour delivery options to more U.S. cities. Look for smaller independent brands and retailers who can't afford to implement omnichannel strategies to instead forge closer alliances built around strict MAP policies and enforcement and grassroots marketing.

Saturation, discounting driving diversification, tighter distribution
Growing competition bordering on saturation in some market segments
will continue push brands into new markets. Boulder, CO-based American
Rec, for instance, recently repositioned Slumberjack to enhance its appeal to the
hunting and fishing segment, which has generated so much of the growth
for kayak manufacturers in recent years. Icebreaker will launch a
co-branded line of merino wool apparel with Cabela's this spring.
Columbia is putting more resources against its PFG fishing apparel
sub-brand in a bid to boost its sales in warmer climates.

“Our biggest concern in the U.S. is around discounting in the market, which in turn leads to margin erosion for both retailers and vendors,” said Brian Mecham, general manager for Icebreaker's U.S. business, which is based in Portland, OR. “Icebreaker is a premium brand in the outdoor and ski space and in order to maintain that positioning we will be focusing on tighter inventory management to reduce the amount of discontinued product that is sold. We believe that by using a model of scarcity we will be able to increase demand, maintain full price sales, and improve profitability for our retail partners and Icebreaker.”

OIA's Barker noted one of the industry's greatest assets going forward is its sense of collaboration.

“The challenges we’re facing are tougher than we’ve ever faced before,” he said. “But it’s in the tough that you find out what you’re made of. And if we know one thing, we know people in this industry don’t back down in the face of the big problems. We step up. The good news is we don’t have to go it alone. We are part of a strong community. The power of our industry is the collaborative spirit.” 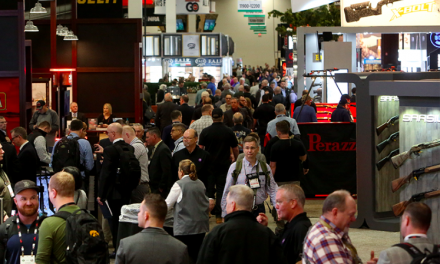