The VF Outdoor Coalition, which includes The North Face, Vans, JanSport, Eastpak, Napapijri, and Kipling, revenues for the fourth quarter jumped 86.8% to $276.5 million from $148.0 million in the year-ago period. Excluding roughly $100 million in revenue from the acquisitions of Vans, Napapijri, and Kipling, VF saw organic growth of approximately 21% for the ODC. Domestic sales were up 71% in the quarter and International sales jumped 121% for the period.

The Outdoor Coalition represented 17.7% of total sales for VF Corp. in Q4 versus just 10.7% of sales in Q4 LY.
Sales of The North Face grew by 26% in the U.S. and 48% internationally, with growth across most product categories. Spring bookings for TNF are up 25% in the U.S. and 22% in Europe. TNF opened its new Boston retail store in Q4, bringing to eight the total number of U.S. retail stores. Internationally, TNF opened “partnership” stores in Amsterdam, Helsinski, St. Petersburg, and three in Asia, for a total of eight stores.

Management told BOSS that “anything with Gore-Tex is selling well” at retail this year. Steve Rendle, president of The North Face, said that for the first time sales in womens outerwear sales of mens outerwear, accounting for 51% of total outerwear sales. He sad men are asking for more technical product while women are looking for more fashion with function.

“Womens isnt an initiative, its a business,” added Mike Egeck, president of the VF Outdoor Coalition — Americas. He made it clear that TNF — and the ODC — saw women as a key consumer group that is getting very focused energy in product development.

Rendle also added that TNF had the top five selling synthetic bags at specialty this year. Management also said they saw little of the outerwear cancellation that plagued others in Q4, due primarily to their distribution strategy.

Vans sales grew 6% in Q4 versus last year, while the Vans owned-retail business saw comp store sales increase 13% for the period. Management said the priorities for Vans in 2005 include the expansion of efforts in the girls footwear business as well as a continued focus on the Classics and Surf Casual lines. The strategy here also calls for Vans apparel to represent about 20% of total Vans sales within five years from its current position at 10% of the business. VFC said they have developed and refined a new prototype store format and will be retrofitting many of the existing stores. They also plan to open 5 to 10 new stores annually.

For Kipling, management said they are focused on growing both the bags and accessories businesses. Retail is also a priority here, with expectations to expand the current 16 owned-retail store base as well as the 70+ base of stores run by distributors. They plan to add five more in 2005, with a goal of adding 50 more partnership stores by 2009.

Management said that growth of the Napapijri brand is also a key priority. Spring bookings are up over 60% outside of its native Italy and up over 20% overall. They expect to open another seven partnership stores in Europe in 2005, bringing the total to 19 doors. Napapijri also has three owned-retail stores in Chamonix, Milan, and Paris. They plan to open a store in NYC in 2005.

Fourth quarter net income increased 19% to $125.3 million from $105.6 million, with earnings per share rising 15.8% to $1.10 from 96 cents in Q4 last year. Acquisitions were only responsible for about a penny of the EPS gain in the quarter. The 2003 quarter saw a 7 cents per share benefit from a tax settlement. Excluding that benefit, EPS would have grown 23.6% for Q4.

Inventories were up approximately 4.3% at year-end, with all of the increase due to the addition of $65 million worth of inventories from the 2004 acquisitions. Inventories in the core businesses declined 2.7% from the year-end 2003.

For 2005, VFC expects low- to mid-single-digit sales growth in each business except Outdoor, which could see sales grow more than 25%, due in large part to a full year of Vans, Kipling, and Napapijri. Total company revenue growth is seen in the 6% to 8% range, a bit of a hedge from the companys October estimate at the high end of that range, with half that increase coming from 2004 acquisitions.

For Q1, VFC currently expect sales to rise approximately 6% to 8%, due primarily to 2004 acquisitions, with EPS up approximately 8% on a per share basis. 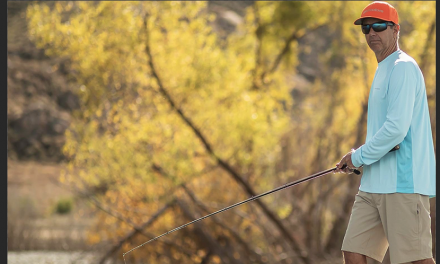 G.I. Joe’s Awards Vendor and Rep of the Year

Down Under Retail Shake-Up…