A year after sealing a rather unique acquisition deal, the GoLite/Timberland partnership has more than met expectations, but both sides says they've only started to reach the partnerships potential.

Under the deal announced last year, Timberland purchased certain GoLite assets, including the GoLite trademarks, in June 2006 and then licensed the brand back to GoLite founders Demetri and Kim Coupounas for everything but footwear. The GoLite footwear team, led by former Dunham national sales manager Bill Dodge, works out of Timberland's headquarters in New Hampshire, while apparel and technical equipment continues to operate out of Boulder. The partnership came about primarily to launch GoLite footwear, which hit retail in March to a good response at key outdoor and running specialty stores; but, both teams are also continually finding new ways to collaborate together to build the overall GoLite brand.

“While we continue to operate independently here in Boulder and still look and feel like a fun, young, Boulder-based brand, we also now have dedicated partners in New Hampshire who share the same mission,” said Kimberly Coupounas, GoLite co-founder and CEO, in an exclusive interview with The B.O.S.S. Report. “Its a classic example of 'the whole is greater than the sum of its parts.'”

“It's a great relationship,” adds Dodge. “We are both totally focused on the GoLite ethos, which is to have more fun with lighter weight equipment, and so we're totally in sync with that. But we are also separate entities. They have a complete focus on their market and their consumer for apparel and equipment and we have a complete focus on trail running footwear as opposed to one brand that's trying to do a lot of different things.”

The two sides have already found ways to save money, including collaborating on trade show promotions and sharing expenses on photo shoots, race sponsorships and athletes. Coupounas also said both sides are unifying apparel, equipment and footwear field sales efforts “as much as feasible” given the challenges of having two separate U.S. operations. Likewise, its international sales meetings were recently unified to present the full GoLite product line to foreign reps, distributors and agents. The two sides are also doing a great deal of information sharing in sourcing, including information regarding environmental issues and fair labor practices.

“While Timberland is not obligated to help us with any of these things, our interests are aligned, and those touch points where we are collaborating are mutually beneficial,” said Coupounas.

For marketing purposes, having a footwear component has created a “head to toe” story for GoLite. This breadth is enabling the GoLite brand to deliver a stronger package to help expand into outdoor and running accounts.

“The shoes have been getting incredible reviews from both elite pro trail runners and enthusiasts, and we love the technology and revolutionary approach to the trail shoe,” said Coupounas. “Our Spring 08 line is the most integrated one yet in terms of our full trail running offering. It includes a hot new line-up of footwear as well as an entirely new bottle pack line and a comprehensive trail running apparel story.”

Dodge said the footwear line has clearly benefited from its connection to Timberland.

“It's a small team but we have the ability to tap into all the resources of one of the best footwear brands in the industry,” said Dodge. “Everything from research facilities, laboratories, high-tech design tools, supply chain structure, all the power of the manufacturing side. So as a real small up-and-coming brand, we have access to the most powerful tools in the footwear industry.”

But Dodge also said the early acceptance of GoLite footwear is being helped by its sole focus on trail running.

According to Dodge, GoLite footwear's “soft to the ground” concept “really turns traditional thinking about running shoes upside down.” Instead of a traditional road-running sole, which is soft underfoot and hard against the road, GoLite shoes are softer on the outside, allowing them to absorb footfalls on rocks and roots while still providing a wide base of support. The core of the system are the large, deep lugs on the outsole; theyre soft enough that if one lands on a stone, it will compress completely, allowing the others to touch down around the obstacle and maintain solid footing.

Dodge is particularly excited about Spring '08 footwear introductions, which include even lighter-weight shoes, a new fit system called Precise Fit Plus, and more updated looks.

“The line is just being launched now at trade and so far the feedback has been outstanding,” said Dodge. “We've really taken it up a full level.”

For her part, Coupounas said the GoLite apparel and equipment business is experiencing high double-digit growth as a company, with apparel growing the fastest.

“We chalk a lot of our apparel growth up to the fact that our clothing has gotten a lot sexier,” said Coupounas. “Our customers are also making a connection to the broader lifestyle aspects of the brand, in other words what going lite means to them outside of shaving grams. This less is more brand vibe is in sync with a lot of broad cultural trends as Americans strive to reduce their environmental footprint, so were seeing that reflected in our apparel sales. We describe it as 'going lite on the trail, going lite in your life, and going lite on the planet.'”

For fall, GoLite will be delivering some “pretty cool fabric innovations and outerwear executions,” but Coupounas was particularly excited about 2008 introductions.

Two of its five major product introductions for Spring 08 are apparel directly related to the footwear opportunity and that are directly in line with the companys commitment to “GoLite on the Planet.” Specifically, GoLite is introducing a full line of DriMove Lite performance layers for trail running and other fast and light sports that are made with 100% recycled polyester. It's also introducing the ConsciousBody line of stylish support tops for women constructed of a recycled polyester/Lycra blend.

“Both introductions directly serve the trail running enthusiast, and from early sales calls we expect them to do well in both outdoor and running specialty,” said Coupounas. “Weve also re-introduced our best-selling Wisp series of wind shells, but now theyve got all the great features they had before but theyre 100% recycled. We see the path towards sustainability as a journey, and were enjoying being able to step by step do what we can to be a better corporate citizen.”

Both Coupounas and Dodge are also equally enthusiastic about the growth in trail running. After tens years of rapid growth, there are currently 40 million trail runners. But Dodge is especially encouraged by the ever-growing number of trail-running events and believes “the upside is fantastic.” He likens trail running's potential to the cycling industry, and its transition from road biking to mountain biking.

“As soon as some technology was introduced to mountain bikers, the market took off and became much bigger than the road market,” said Dodge. “And I think that potential exists for trail running to do that.

As soon as people realize that technology exists that makes trail running even more enjoyable, the size of the market could come close to the road running market.”

Dodge also believes that as opposed to road, which is a more of a fitness activity; trail running's ability to combine fitness and being in the outdoors will appeal to a wide audience.

“We think this is in perfect sync with what consumers want today,” said Dodge. “They want to enjoy the experience, but dont have that much time. They want to go out there, get some exercise, see the terrain, and have an experience rather than just a blood, sweat and tears kind of activity. It's also easy, accessible, and doesn't require a lot of equipment.”

Coupounas is especially encouraged by greater interest in trail running among core specialty running stores that used to cater only to the roadrunner.

“As industry data points out, the number one barrier to outdoor participation is lack of time, and in response to that, Americans want to do activities that are easy to learn, easy to get to, and that can be done in a day (or even an hour) while also affording them some real time and connection in the outdoors,” said Coupounas. “Whats simpler than strapping on a pair of trail running shoes and hitting the dirt?”

Farm To Feet Featured In Documentary 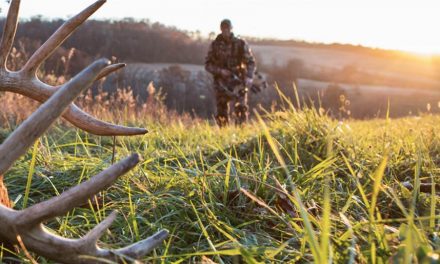