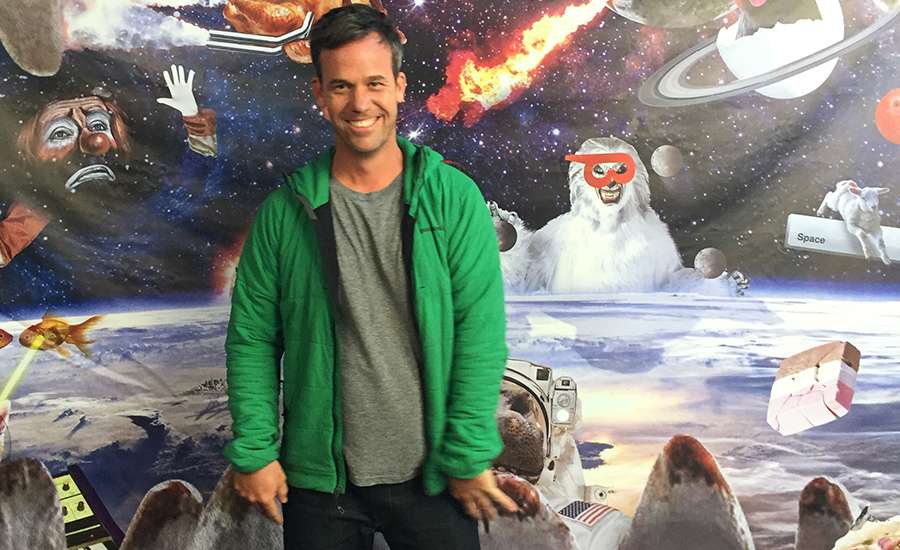 Lessons from an entrepreneur on going from equipment to footwear.

If you think the guide on your last rafting trip was wearing sneakers, chances are you have serial entrepreneur Philip Curry to thank.

Curry, 44, is the CEO of Astral, a company he founded in 2002 three years after selling the PFD brand Lotus Designs to Patagonia. While Astral started off making the same high-end PFDs that had drawn whitewater paddlers to Lotus Designs, Curry told SGB Today he always intended the Asheville, NC-based company to be a vehicle for creating a larger active lifestyle brand.

Astral took a big step toward that goal four years ago when it launched a line of laced water shoes, including the sneaker-like Rassler and Brewer and the Porter, which features a classic boat shoe profile. In our conversation with Curry below, he riffed on some of the lessons he’s learned since committing to the footwear business in 2009, including his decision to follow the example of Osprey Packs Founder Mike Pfotenhauer by moving to Vietnam to be closer to the factories.

Why enter the very crowded footwear business? When I founded Astral in 2002, I had a broader intent to evolve the brand beyond the equipment niche. I’m sort of a serial entrepreneur and after Lotus and Astral, I was ready for a third project. The beauty of the PFD is that it’s a life-saving product — it’s like a carabiner or harness, so people really developed trust in the brand, and we have been able to leverage that trust into footwear. Keen was very hot and they had had about a 10-year run at that point, and the market was ready for a fresh, new story. 2009 was the year I decided to commit. I was confident the timing was right.

What have you learned through the process? It was a huge leap. It was like launching a new company with new sourcing, a new approach to selling and new marketing. With footwear, the marketing piece is 50 percent of your success. You’ve got to talk about color and lifestyle a lot more than with equipment. That’s been a fun adjustment for us.

So how did you go about learning the business? I took a hands-on approach. In 2009, I moved to Vietnam so I could understand all the minutiae of building a shoe and working with Asian factories. Osprey’s Mike Pfotenhauer was an inspiration and enabler who gave me introductions over there. He was a mentor.

What’s your sourcing arrangement in Vietnam? Our Vietnam factory had been a Puma factory for 35 years. As the Puma brand declined a bit, the factory opened up to new brands so we came in on coattails of 35 years of German engineering and European labor and environmental standards. We have a really strong relationship. I feel part of this factory family, and it took me being there. It’s important.

What’s Astral’s employment footprint these days? We have about 20 people in the states. Most of the staff is still in Asheville. I split my time between Vietnam and Ketchum, ID, where my family lives. I have an office in Ketchum I use to clear my head and lungs after being in Saigon.

Why do your core styles look like sneakers and boat shoes? In outdoor footwear, the traditional formula has been to oversize, overweight, and overcomplicate. Today’s design-conscious consumers appreciate simplicity, color, and reliability; which are the basic tenets of sneakers. From the extreme-river-user perspective, the sneaker is the best product solution, because the toe is covered and the shoe will never come off.

How has that design decision panned out? Sneakers are a timeless silhouette, and a bit trendy these days, so they appeal to a younger audience, but the boomers appreciate them, too. The U.S. outdoor market is conservative stylistically, so it’s really the younger consumers who are most open to a new brand like Astral.

How broad is your distribution? We took a slow and deliberate approach. We started with the best stores around the country that were doing paddle sports and footwear well. They’ve put it on their wall alongside Teva, Olukai and Merrell and, it’s catching on well beyond whitewater thanks to reps and retailers who knew it would sell. In many ways, 2016 marks the line’s first real year. We’ve had product ready to ship since January and had a full season with a real marketing effort and sales reps that are fully trained and experienced. Today some of our strongest dealers are Nantahala Outdoor Center, Campmor, Rock/Creek, Great Outdoor Provision, and Backcountry.com. In the Northeast, L.L.Bean is an important account for us, and Paragon does well in New York City.

What will you be showing at the Outdoor Retailer Summer Market in August? For Spring 2017, we are getting into trail shoes with three models for men and three for women. All shoes will still be water ready and dry fast, but you will see the product has trail running DNA. It’s on the lighter side of the light hiker category.