On Surges In IPO Debut 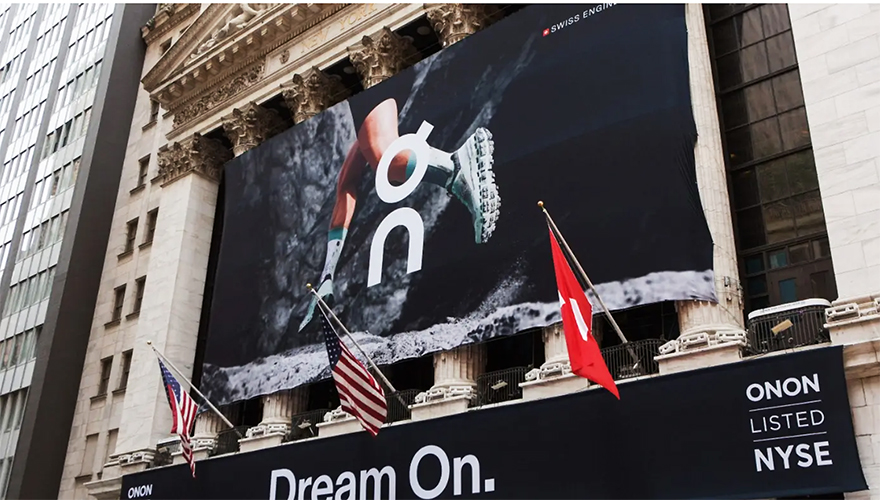 On’s shares shot up 46 percent on its first day of trading on the New York Stock Exchange. The offering for the Swiss running footwear had been priced at $24.00 per share and closed Wednesday at $35.

The company sold 31.1 million shares to raise $746.4 million shares at a valuation of $6.5 billion. Proceeds are to be used for general corporate purposes. Shares started trading Wednesday under the ticker symbol “ONON.”

The filing follows a period of rapid growth for the company, which was founded in 2010 in Zürich by Olivier Bernhard, David Allemann and Caspar Coppetti.