“This year is shaping up to be one of the most exciting in OGIO's history,” Gocke says. “We've signed numerous licensing deals including one with the PGA Tour; we're in talks for new endorsement deals; and the golf brand is selling stronger than ever. We're real excited to have these talented reps join us at such a promising time.”

Tom Plungis, a 21 year industry pro who has represented some of the sport's most recognized brands, will manage the company's Arizona, New Mexico, and Las Vegas territories. Prior to carrying OGIO, Plungis received numerous awards as a representative for Arnold Palmer and Roche Windshirts. He currently manages business for US Kids and Nickent in addition to the OGIO brand.

Brian Sparrow, who for 28 years has worked as a golf sales representative and regional sales manager, will now represent OGIO to retailers in North and South Carolina. “A lot of my customers are excited that I am working with OGIO. They know what a great company this is and have been just waiting for an excuse to change up their product mix.”

One of Cutter & Buck's original representatives, Mack Carneal, also has joined OGIO to represent the company in western and central Florida. He notes, however, that he does not go at this task alone. “My daughter Cara is also repping the OGIO line, and her work already has been instrumental to our team's success.” Mack will manage the agency's green grass accounts, while Cara is overseeing off course sales efforts.

Hunter Martin began his career working on Cleveland Golf's tech van straight out of school. Today, he has added OGIO to his rep lineup which also includes Adams Golf. He says that calling on his customers in Virginia, Delaware, and Maryland with the new OGIO line is “a home run, because it's an easy sell. This is the most cutting edge and best-looking line in the industry right now, and these customers are just excited about everything I bring them.”

After nearly 15 years representing golf companies including Hornungs Golf Products, Bill Carpenter is pleased to add the OGIO brand to his lineup. Prior to coming on board, Carpenter conducted some informal surveys about the brand in his local [Iowa and Nebraska] retail shops to understand how best to sell the line. “The floor reps were great about talking about each brand, but showed a particular enthusiasm for OGIO's quality. Most telling, though, was the fact that when asked, most of them admitted that they had an OGIO bag in their trunk.”

Last year, Mark Bearby took home Cutter & Buck's 2007 Salesman of the Year award. This year, the 15- year golf sales veteran adds OGIO to his lineup which he reps primarily to green grass shops throughout Northern Illinois and Wisconsin. “My customers really gravitate towards OGIO because of its innovation and its high graphic style,” he says. “I also write a ton of tournament business so I'm naturally quite excited about the OGIO line's growth potential as we look into the next year.” 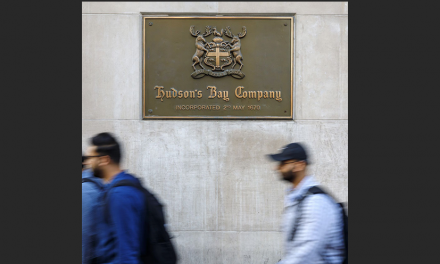