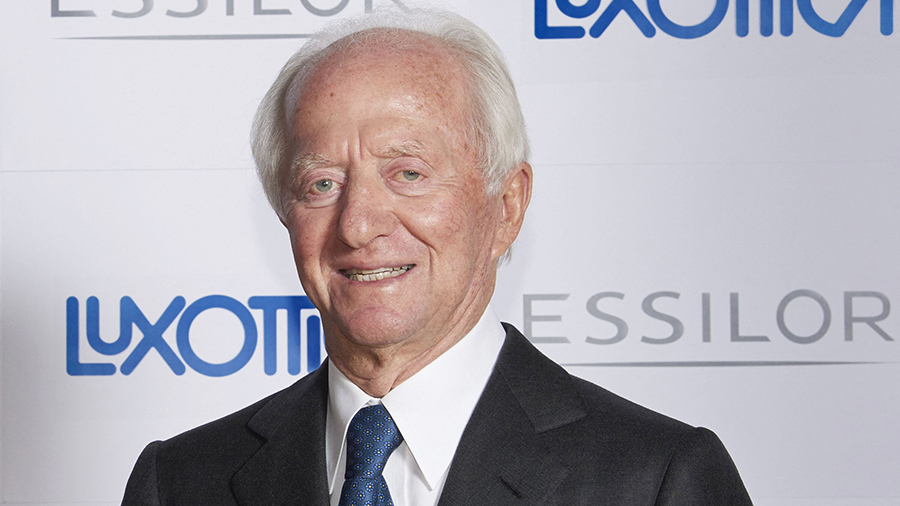 Leonardo Del Vecchio, the chairman of eyewear giant EssilorLuxottica and founder of Luxottica, has passed away at the age of 87.

EssilorLuxottica said in a statement, “EssilorLuxottica sadly announces today that its Chairman Leonardo Del Vecchio has passed away. The company expresses its deepest condolences to the Family and to the global employee community for this enormous loss. The Board will meet to determine next steps.”

The Italian businessman founded Luxottica in 1961 and built up the business through acquisitions that included the Ray-Ban and Oakley brands, as well as the LensCrafters, Pearle Vision and Sunglass Hut chains. Luxottica manufactured frames for designer labels including Giorgio Armani, Chanel, Prada, and Bulgari, as well as producing its own models.

Del Vecchio stepped down from daily management in 2004 but returned to lead the company ten years during a tumultuous time for the brand.

Del Vecchio was past 80 when he combined forces with France’s Essilor in a merger in 2018 to create what’s believed to be the largest eyewear company. He remained executive chairman of EssilorLuxottica until December 2020, when he handed the day-to-day leadership of the company to Chief Executive Francesco Milleri.