The National Shooting Sports Foundation's initial Modern Sporting Rifle Report, conducted in 2010, revealed that owners were passionate about their MSRs, that most used them often and largely for target shooting, that they owned multiple modern sporting rifles and they enjoyed accessorizing them.

Among the findings were that most modern sporting rifles were purchased from an independent retail store with an average cost of $1,058.  The preferred calibers were.223/5.56mm for the AR platform and 7.62mm x 39mm for AK-platform rifles.

The 2013 report shows 35 percent of MSR owners had some military or law enforcement background-a figure lower than the 44 percent in the 2010 report.

“The owner base for modern sporting rifles has expanded,” said Jim Curcuruto, NSSF's director of industry research and analysis. “MSRs have been among the most popular selling firearms in recent years. While the rifle remains popular with those who have military or law enforcement experience, ownership has expanded to other gun owners. Given the popularity and versatility of MSRs, I don't think that will come as a surprise to anyone.”

Additional findings in the 2013 report include:

The amount owners spent on accessorizing their ARs rose from an average of $211 to $381.

Those who own multiple MSRs are more active shooters, with 92 percent target shooting, almost 50 percent of them hunting and 19 percent using them in competition. 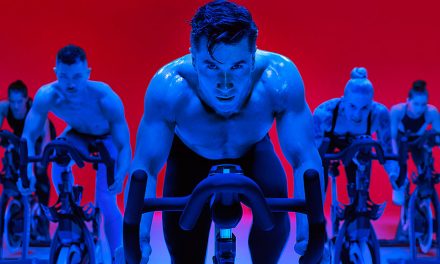 Gyms Rank Among The First To Be Allowed To Re-Open

REI to Retrofit 11 Stores for Solar