NSGA: Volleyball Only Team Sport to Grow in 2007

According to the National Sporting Goods Association, exercise walking remained the most popular sport in 2007 in terms of participation as it grew 2.7%, a position it has held since 1990. Data contained in NSGAs annual “Sports Participation  Series I and II” reports, which will be available in May, shows 89.8 million Americans walked for exercise in 2007.

Moving ahead of fishing and workout at club, bicycle riding took the No. 6 position with a 5.0% increase to 37.4 million cyclists. Fishing attracted 35.3 million participants (-13.0%) and slipped to the No. 7 position.

“It was good to see strong tennis growth in 2007. Over the past several years, that industry segment has put in place strong programs to attract new participants,” NSGA Vice President of Information & Research Thomas B. Doyle said. Tennis participation rose almost 20% to 12.3 million participants.

Among team sports, only volleyball showed an increase. Participation grew 8.7% to 12.0 million.

For this survey, a participant is someone age seven or older who takes part in the sport or activity more than once in a calendar year. “Sports Participation in 2007  Series I and II” cover 47 sports, recreation and fitness activities. Participation rates for all 47 sports surveyed may be viewed on the NSGA website (www.nsga.org).

Retail Container Traffic to be Up 10% in May 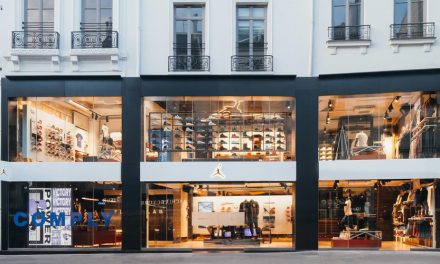