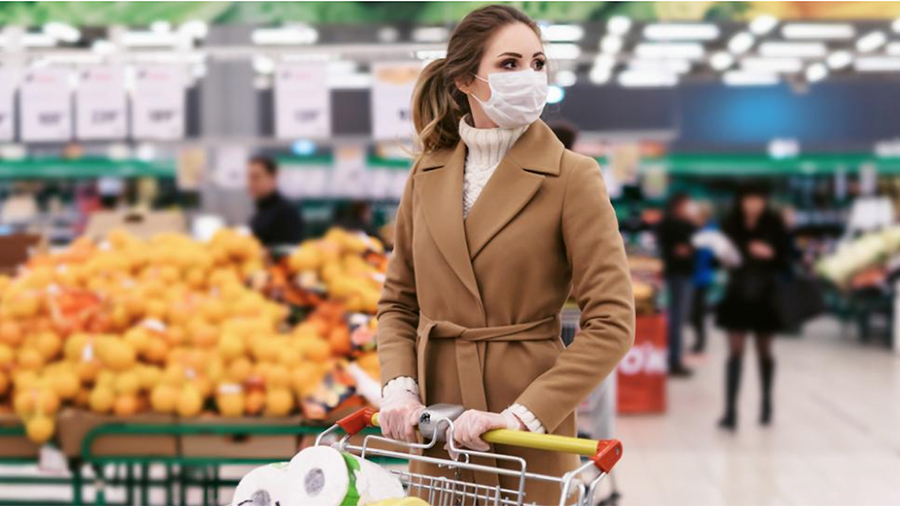 In a statement, National Retail Federation (NRF) Chief Economist Jack Kleinhenz said the COVID-19 Omicron variant brings uncertainty to the economy in 2022 and could contribute to inflation, but is unlikely to cause widespread shutdowns or slowdowns.

“Even with the experience of the past two years, there is no model that can predict how the economy responds to a pandemic,” Kleinhenz said. “What we have learned is that each successive variant has slowed down the economy but that the degree of the slowdown has been less.

“While Omicron is highly transmissible, its effects can be relatively mild for those who are fully vaccinated and broad-based lockdowns are not expected. Little is certain about Omicron’s impact on consumer demand, but people who stay at home because of the variant are more likely to spend their money on retail goods rather than services like dining out or in-person entertainment. That would put further pressure on inflation since supply chains are already overloaded across the globe.”

Kleinhenz’s remarks came in the January issue of NRF’s Monthly Economic Review which said 2022 is likely to be “another very challenging year of substantial uncertainty” and that questions to be answered include whether the pandemic is near its end, whether supply chain issues will be resolved, how high inflation will go, and how long it will last.

The NRF report was released today as retailers wait for next week’s release of the Census Bureau’s December retail sales data, which will complete the official total for sales during the 2021 holiday season. November sales, excluding automobile dealers, gasoline stations and restaurants, were up 14.8 percent year-over-year, and NRF believes holiday sales during the two months were on track to grow as much as 11.5 percent over 2020.

Inflation, which was driven by shortages of goods as COVID-19 shut down factories and snarled supply chains while government stimulus fueled consumer spending, is likely to continue in 2022, but should eventually slow.

“Inflation started gradually and then came on strong, but clearly heated up during 2021 and has become a formidable factor facing the economy and especially consumers,” Kleinhenz said. “What is ironic is that the monetary and fiscal policy that pulled the economy out of the recession has prompted unprecedented growth that is now undermined by accelerating prices.”

“Worries about inflation can become a self-fulfilling prophecy, especially as workers seeing higher prices for everyday products like groceries may demand higher wages that force employers to increase prices,” Kleinhenz said. Inflation, as measured by the Federal Personal Consumption Index, was up 5.7 percent in November, the highest in nearly 40 years, and the Federal Reserve Bank of New York survey showed consumers expect inflation to grow 6 percent over the next year. But the same consumers expect only 4 percent inflation over the next three years as price increases slow. With the Fed planning multiple interest rate increases this year, consumers will be encouraged to save money, helping cool off inflation.

Even with inflation, consumer wealth grew 18.1 percent year-over-year in the third quarter of 2021 and consumers “have never been as wealthy as they are today,” Kleinhenz said. While government stimulus programs prompted by the pandemic are “in the rearview mirror,” job growth and wage gains amid the current labor shortage are continuing to drive consumer income and spending.

“If there is one lesson we have learned, it is not to underestimate the resilience of the consumer and, therefore, the U.S. economy,” Kleinhenz said. “Fortunately, we have a lot of tailwind in terms of job growth, spending and production as we turn the calendar to 2022.”