A witness testifying on behalf of the National Retail Federation urged a congressional committee to approve sales tax simplification legislation that would make it easier to require Internet merchants, mail-order houses and other “remote sellers” to collect sales tax across state lines.

“We are here to ask you to level the playing field between sellers that collect sales tax and those who cannot be required to collect the tax because they do business in the community on a virtual rather than physical basis,” J.C. Penney Corporation Inc. Vice President and Associate General Counsel-Tax Wayne Zakrzewski said. “Many of our competitors do not collect, which gives them a competitive advantage. This is not because they are innovative or provide incremental value to the consumer, but because the states do not have the ability to require collection of a tax that is due from the consumer.”

“We believe there are compelling reasons why Congress should act now to level the playing field,” Zakrzewski, whose multi-state company collects sales tax on in-store, catalog and Internet purchases alike, said. “Passage of H.R. 3396 into law would be the appropriate next step to a modern, fair and responsive sales tax system across all participating states and sellers.”

In addition to putting local businesses at a disadvantage, the lack of sales tax collection forces state and local governments to increase other taxes to make up for the lost revenue, ultimately impacting consumers, Zakrzewski said.

Zakrzewski testified today before the House Judiciary Committees Subcommittee on Commercial and Administrative Law during a hearing on H.R. 3396, the Sales Tax Fairness and Simplification Act of 2007.

Sponsored by subcommittee member Representative William Delahunt, D-Mass., the bill would allow states that have implemented the Streamlined Sales and Use Tax Agreement (SSUTA) to require that out-of-state “remote seller” merchants collect sales tax on merchandise sold to residents of their states. Retailers would be compensated for the cost of sales tax collection, and collection could be outsourced to certified service providers. Retailers with less than $5 million in annual gross remote sales would be exempted.

Under a 1992 U.S. Supreme Court ruling, remote sellers are only required to collect sales tax from customers in states where they have a physical presence such as a store, office or distribution center. With more than 7,600 state and local jurisdictions collecting sales tax, many with different rates, different lists of taxable items and different definitions, the court held that out-of-state merchants could not be expected to know what to collect.

The SSUTA simplifies many aspects of sales tax law and creates a mechanism for collection and distribution. The agreement went into effect on a voluntary basis in 2005 but passage of federal legislation is needed before sales tax collection can become mandatory. NRF, which represents both traditional retailers and remote sellers, helped craft the agreement.

Zakrzewski said the SSUTA represents “a significant reduction in the burden imposed by the sales tax system” in participating states, making it far easier for merchants to know what tax to charge for out-of-state customers. The agreement provides uniform definitions, a taxability matrix showing what items are subject to tax, and service providers have been identified to work with businesses to collect and remit taxes.

Zakrzewski said NRF supports provisions in the bill that would provide merchants with compensation for the cost of collecting sales tax. While the bill provides an exemption for small retailers, he said compensation is the best way of easing the burden of the cost of collection for small businesses. A study conducted by a coalition of businesses and government organizations active in the SSUTA found retailers cost of collecting sales tax averaged just over 3 percent before simplification, ranging from 2.2 percent for large retailers with more than $10 billion in sales to 13.5 percent for those with under $1 million in sales. 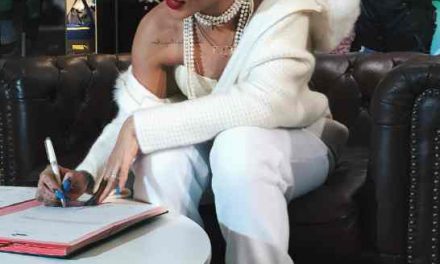