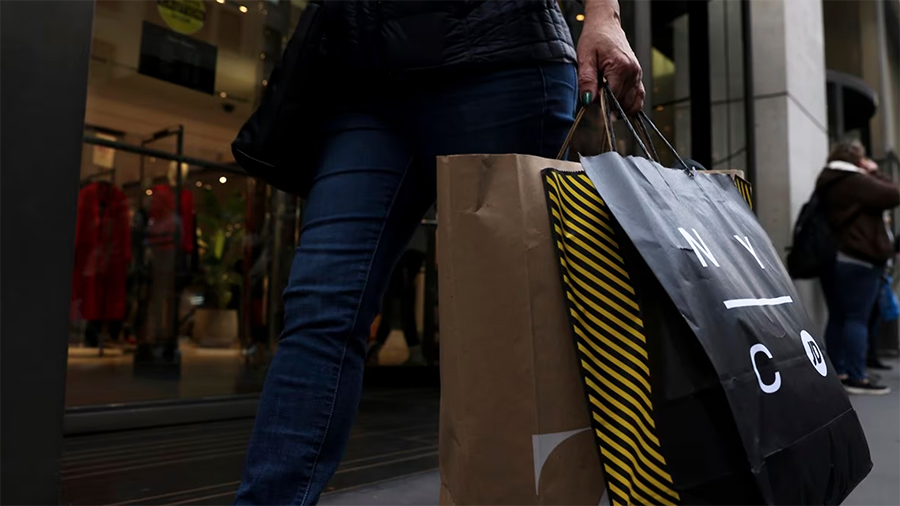 Retail sales during the November/December 2022 holiday season grew 5.3 percent over 2021 to $936.3 billion, falling short of the National Retail Federation’s (NRF) forecast amid continuing inflation and high-interest rates. The retail trade association had forecasted holiday sales for 2022 to advance between 6 percent and 8 percent over 2021.

While holiday sales growth was less than expected for the year, sales grew 7 percent over 2021 to $4.9 trillion, meeting the association’s forecast of between 6 percent and 8 percent growth for the year.

“The last two years of retail sales have been unprecedented, and no one ever thought it was sustainable,” NRF President and CEO Matthew Shay said. “Nonetheless, we closed out 2022 with impressive annual retail sales and a respectable holiday season despite historic levels of inflation and interest rate hikes to cool the economy. Consumers shopped in record numbers, and retailers delivered positive holiday experiences to inflation-wary consumers, offering great products at more promotional price levels to fit their stretched budgets. The fact that we saw retail sales growth on top of December’s 14 percent gain in 2022 shows consumers’ resilience and the retailers’ creativity in driving consumption and economic activity while addressing high inflation and continued cost pressures.”

“We knew it could be touch and go for final holiday sales given early shopping in October that likely pulled some sales forward plus price pressures and cold, stormy weather,” NRF Chief Economist Jack Kleinhenz said. “The pace of spending was choppy, and consumers may have pulled back more than we had hoped, but these numbers show that they navigated a challenging, inflation-driven environment reasonably well. The bottom line is that consumers are still engaged and shopping despite everything happening around them.”

The holiday results top the $889.3 billion spent during the 2021 holiday season and compare with the NRF’s forecast that 2022 holiday retail sales would increase between 6 percent and 8 percent over 2021 to between $942.6 billion and $960.4 billion. The 2022 growth compares with 4.9 percent average holiday sales growth over the previous ten years.

The NRF’s calculation of retail sales excludes auto dealers, gas stations and restaurants to focus on core retail. The NRF defines the holiday season as November 1 through December 31.

The holiday total, not adjusted for inflation, including online and other non-store sales, was up 9.5 percent at $261.6 billion. The NRF had forecasted that the category would grow between 10 percent and 12 percent to between $262.8 billion and $267.6 billion. Online holiday sales were $238.9 billion in 2021.

The NRF’s calculation comes from data the U.S. Census Bureau reported, which said today that the overall retail sales in December, including autos, gas and restaurants, were down 1.1 percent from November but up 6 percent year-over-year. In November, the Census numbers were down 1 percent month-over-month, and October was up 6 percent-year over-year.

November/December 2022 holiday sales saw year-over-year gains in all but two of nine retail categories, led by online sales, grocery stores and general merchandise stores. Specifics from key sectors for the two months combined, all on an unadjusted year-over-year basis, included: