After an exhaustive search, Nixon has named Nick Stowe as their new chief executive officer, replacing Andy Laats, who is changing roles for family health reasons.

Stowe, 43, has over 20 years of successful leadership experience with start-ups and established global brands including jewelry company Stella & Dot, Converse and Hurley.

“Nick understands our potential, and he’s the kind of guy I want at Nixon,” said Laats. “He’s an experienced leader who not only has formal business training, but also knows how to grow strong consumer brands.”

“I am tremendously excited to be joining Nixon. Andy, together with co-founder Chad DiNenna and the team, have built an incredible, authentic brand that has amazing potential. I’m excited about the products we have coming and the opportunities to introduce the brand to an even broader audience around the globe,” said Stowe.

Prior to his role as COO at Stella & Dot, Stowe held general management positions leading Converse’s international expansion and overseeing the growth of Nike's subsidiary brand portfolio which included Converse, Hurley, Cole Haan, Nike Bauer Hockey and Starter. Originally from the UK, Stowe began his career at Bain & Company, serving clients from their London, Moscow and San Francisco offices. Stowe has a BA from Oxford University and an MBA from Stanford University.

Founded in 1998 in Encinitas, CA, Nixon began with a small line of team-designed, custom-built watches sold exclusively in specialty boardsport and fashion retailers. It is currently owned by a joint venture between Billabong and Trilantic Capital Partners (TCP), which each own approximately 48.5 percent of Nixon founders Andy Laats and Chad DiNenna, who own 3.0 percent. Currently distributed in over 90 countries, Nixon’s product range has grown to include select men’s and women’s softgoods, leather goods, and custom audio products. When TCP acquired its stake in the company in February, 2012, it said it would invest $139 million helping it expand internationally. 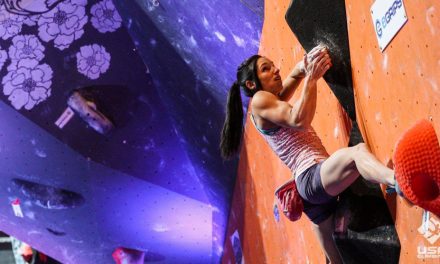 USA Climbing Beefs Up Marketing Ahead Of 2020 Olympics