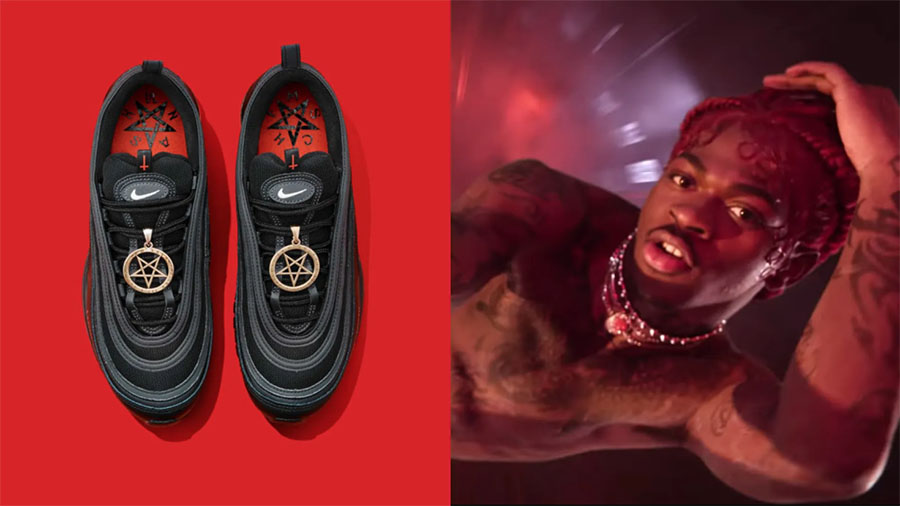 Nike Inc said MSCHF, the Brooklyn-based company that made “Satan Shoes” in collaboration with rapper Lil Nas X, has agreed to voluntarily recall the footwear as part of a legal settlement.

The settlement with MSCHF Product Studio Inc resolves a trademark infringement lawsuit that Nike filed last week over the black-and-red, devil-themed sneakers, which carry the Nike “swoosh” logo and quickly sold out at $1,018 a pair. The modified Nike Air Max 97 sneakers were made in collaboration with Lil Nas X and were purported to contain one drop of human blood in the midsoles and were printed with “Luke 10:18”, a reference to a Biblical verse that alludes to Satan’s fall from heaven.  Only 666 pairs were made.

Nike said MSCHF will offer full refunds to purchasers of its Satan Shoes and Jesus Shoes, which were launched in 2019 and also based on the Air Max 97, “to remove them from circulation.”

“In both cases, MSCHF altered these shoes without Nike’s authorization,” Nike said in a statement Thursday. “Nike had nothing to do with the Satan Shoes or the Jesus Shoes.”

On April 6, Nike’s request for a temporary restraining order to block the sale of the shoes was approved.