Nike, Inc. reported revenues increased 18 percent in its second quarter ended Nov. 30, and advanced 16 percent on a currency-neutral basis. Earnings rose 2.6 percent due to the impact of a lower gross margin but came out slightly ahead of Wall Street's expectation. Futures orders rose 13 percent year over year.

“Our strong second quarter results demonstrate that the Nike, Inc. portfolio is a powerful engine for growth,” said Mark Parker, president and CEO, Nike, Inc. “We’re able to accomplish this by staying focused on what we do best  deliver innovative products and experiences that serve athletes, inspire consumers and reward our shareholders. Going forward we’ll continue to use the unique power of our portfolio to drive growth, manage risk and connect with consumers.”
Second Quarter Income Statement Review
Revenues for Nike, Inc. increased 18 percent to $5.7 billion, up 16 percent on a currency-neutral basis. Excluding the impacts of changes in foreign currency, Nike Brand revenues rose 18 percent with growth in every geography except Japan and in all key categories except Action Sports. Revenues for Other Businesses increased 5 percent with minimal impact from changes in currency exchange rates, as growth at Converse more than offset lower revenues at Nike Golf, Cole Haan, Hurley and Umbro.

The Effective tax rate was 24.1 percent compared to 25.0 percent for the same period last year, an improvement due primarily to a reduction in the effective tax rate on operations outside the United States.

Inventories for Nike, Inc. were $3.2 billion, up 35 percent from November 30, 2010. Inventories were higher compared to a year ago due to significantly higher average unit product cost and growth in total units. Nike Brand inventories were up 39 percent. Approximately 20 percentage points of the increase was due to higher wholesale unit inventories as a result of strong demand and more timely deliveries from our product suppliers. The remaining 19 percentage points of the increase in Nike Brand inventories were primarily a result of significantly higher product input costs. Relative to revenues and futures, current unit inventories remain broadly consistent with levels reported prior to the 2009  2010 economic downturn.

As of the end of the quarter worldwide futures orders for Nike Brand athletic footwear and apparel, scheduled for delivery from December 2011 through April 2012, totaled $8.9 billion, 13 percent higher than orders reported for the same period last year. Changes in foreign currency exchange rates did not have a significant impact on reported futures orders. 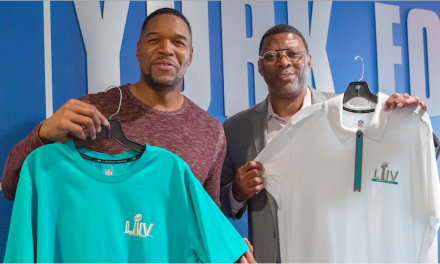